'Strictly Ballroom' to feature music by composers Warren and Foster

Baz Luhrmann arrives on the red carpet at the 2013 Glamour Women of the Year Awards, sponsored by L'Oreal Paris, to honor courageous and inspiring women who are changing the world on November 11, 2013 in New York City. UPI/John Angelillo | License Photo

The show is to begin preview performances at Australia's Sydney Lyric Theatre March 25.

"Australian audiences will have the privilege of hearing new music and lyrics from some of the world's leading composers including Australia's own Elliott Wheeler, Sia Furler and Eddie Perfect, along with celebrated American songwriters David Foster and Diane Warren, who between them have won all the most prestigious music awards including Golden Globe, Emmy and Grammy Awards," a news release from the musical's producers said. 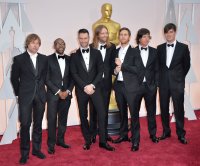 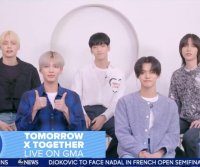