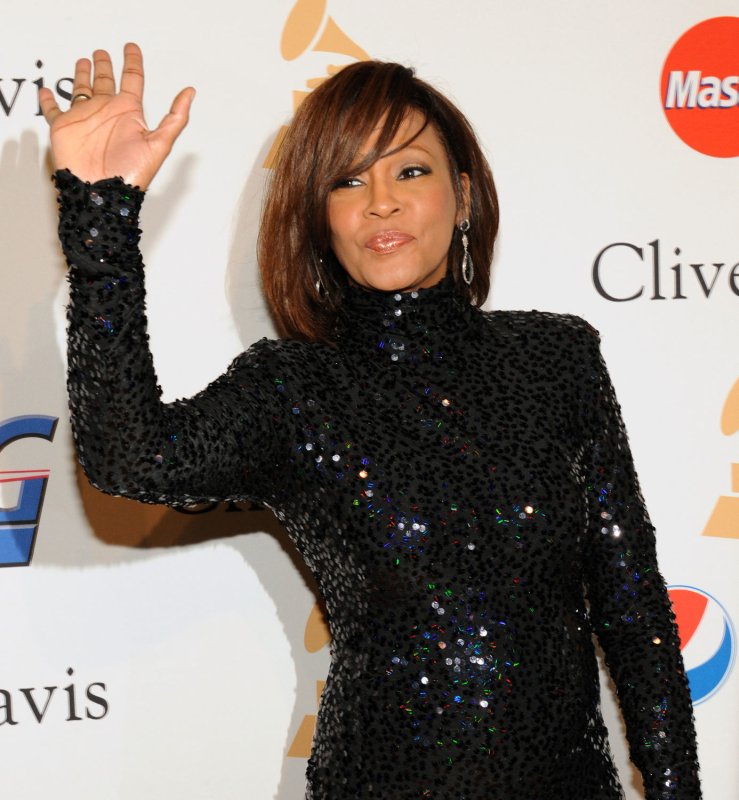 Singer Whitney Houston died at the Beverly Hilton in Los Angeles on February 11, 2012 it was announced. She was 48 and the cause of her death was unknown. She is shown at a pre-Grammy party in file photo from 2011. The 2012 Grammy Awards are today, February 12, 2012. UPI/Jim Ruymen/Files | License Photo

NEW YORK, Aug. 9 (UPI) -- Sirius XM Radio has kicked off its "Celebration of a Lifetime" tribute marking what would have been U.S. pop star Whitney Houston's 50th birthday Friday.

The Grammy Award-winning artist accidentally drowned in a hotel bathroom while she was under the influence of drugs. She was 48.

Sirius XM said it plans to play on its Heart & Soul channel Houston's songs, as well as interviews with her family members Cissy Houston, Pat Houston and Dionne Warwick, and other loved ones, such as Clive Davis, R. Kelly, CeCe Winans, Valerie Simpson, Narada Michael Walden and Kashif.

The tribute began Friday at 9 a.m. ET and will continue through Saturday at 3 a.m. ET.