Carole King to be presented with Gershwin Prize Tuesday

Singer-songwriter Carole King at an unveiling ceremony honoring her with the 2,486th star on the Hollywood Walk of Fame in Los Angeles, Dec. 3, 2012. UPI/Jim Ruymen | License Photo

WASHINGTON, May 17 (UPI) -- James Taylor will headline a concert at the White House next week, when the Library of Congress honors Carole King with the Gershwin Prize for Popular Song.

King, 71 -- who wrote hits including "Will You Still Love Me Tomorrow" and "Up on the Roof" with her longtime partner Gerry Goffin -- will be the first woman to receive the distinction given to songwriters for a body of work, joining previous winners Paul Simon, Stevie Wonder, Paul McCartney, and the team of Hal David and Burt Bacharach.

"Carole King has been one of the most influential songwriters of our time," Librarian of Congress James H. Billington said in a statement. "For more than five decades, she has written for and been recorded by many different types of artists for a wide range of audiences, communicating with beauty and dignity the universal human emotions of love, joy, pain and loss. Her body of work reflects the spirit of the Gershwin Prize with its originality, longevity and diversity of appeal."

"I was so pleased when the venerable Library of Congress began honoring writers of popular with the Gershwin Prize," King said. "I'm proud to be the fifth such honoree and the first woman among such distinguished company."

The Library of Congress will preside over an invitation-only concert in honor of King at its Coolidge Auditorium Tuesday. The tribute will include performances by Patti Austin, Colbie Caillat, Michael Feinstein, Siedah Garrett, Louise Goffin, Shelby Lynne, Gian Marco and Arturo Sandoval. 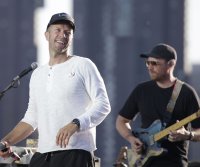 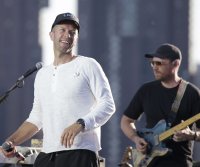