Paul McCartney, Roger Waters and The Who will also be part of the lineup, Clear Channel Media and Entertainment, The Madison Square Garden Co. and The Weinstein Co. announced Thursday.

The star-studded event is to take place Dec. 12 at Madison Square Garden.

"'12-12-12' is shaping up to be a showcase of music royalty. The response from the entertainment community to help those most affected by Hurricane Sandy has been nothing short of astounding. We expect to announce additional legendary performers in the near future and we are confident that the event will ensure those in need will not be forgotten, and vital aid will be directed to rebuilding our communities along the East Coast," event producers James Dolan, John Sykes and Harvey Weinstein said in a joint statement.

Music // 2 hours ago
OnlyOneOf aims to create English lyrics with fan contest
Feb. 29 (UPI) -- K-pop group OnlyOneOf is promoting its latest single, "dOra maar," by launching a contest for fans and the public to create the English lyrics for the song.

Music // 16 hours ago
Green Day postpones Asia tour dates over coronavirus
Feb. 28 (UPI) -- Green Day has announced on Twitter they are postponing a number of concert dates throughout Asia due to the coronavirus. BTS has similarly canceled planned shows in South Korea.

Music // 20 hours ago
Bad Bunny to release new album 'YHLQMDLG' on Saturday
Feb. 28 (UPI) -- Bad Bunny announced on "The Tonight Show" that his new album titled "YHLQMDLG" will be released Saturday at midnight. 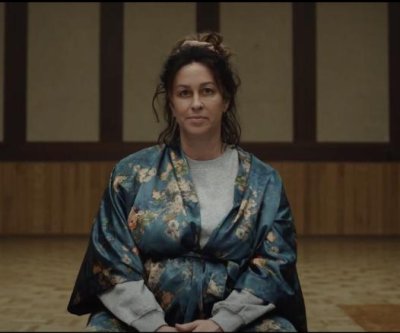