The Wayne County Register of Deeds confirmed the self-proclaimed "Son of Detroit" born Robert James Ritchie purchased the 6,000-square-foot 1930s colonial on the Detroit River not far from the Manoogian Mansion on the city's east side in January, The Detroit News reported.

The six-bedroom, six-bathroom house formerly belonged to criminal attorney S. Allen Early. Neighbor and former Detroit City Councilwoman Sharon McPhail was once a guest in the Early home and said it was "beautiful" and "majestic."

McPhail said she was eager to have the singer/rapper nearby.

"I feel great about it. Who wouldn't want Kid Rock down the street?" McPhail said Friday. "Believe me, there's so much going on in this city, that's gotta be an improvement. With so many people moving, it's great to have somebody that is moving in as opposed to out."

The former city councilwoman added she wasn't troubled about any possible loud parties.

"I'm not worried about that," she said. "He's a grown person," McPhail said.

Music // 2 days ago
The Eagles set 'Hotel California' tour for 2022
Nov. 24 (UPI) -- The Eagles will go on tour next year with each show featuring their Grammy Award-winning, "Hotel California." Tickets go on sale soon. 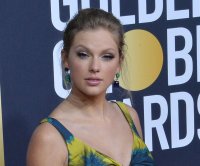