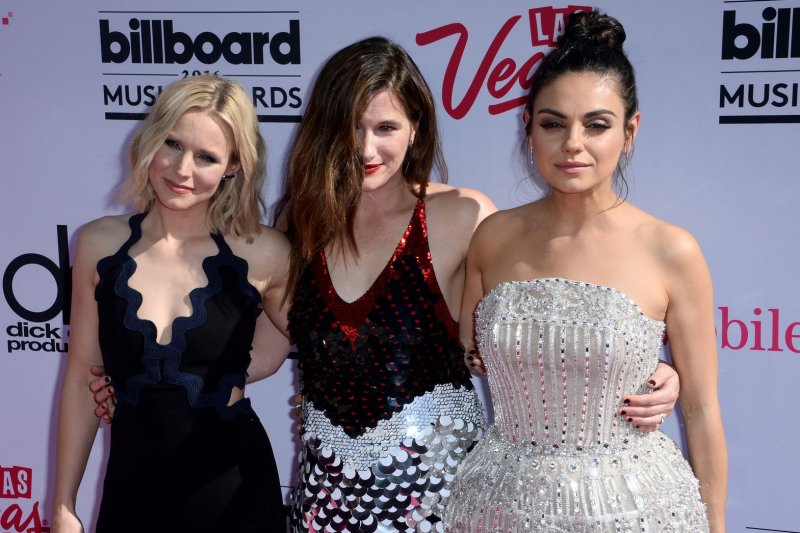 May 6 (UPI) -- Mother's Day, the third-largest card-sending holiday in the United States according to Hallmark, is taking place on Sunday.

The holiday, which always falls on the second Sunday of May, celebrates motherhood, maternal bonds and more. There are a lot of great films that celebrate moms -- from comedies to dramas and even horror films.

Here are 5 films to watch for a Mother's Day movie marathon.

For the mom who likes a good time:

Mila Kunis, Kristen Bell and Kathryn Hahn star as three overworked mothers who to decide to start living life their way in Bad Moms, which is available to watch on Netflix. The trio go on a freedom binge and party hard while also clashing with Christina Applegate's PTA queen bee. Jada Pinkett Smith also stars. Kunis, Bell and Hahn also returned for a holiday-themed sequel, A Bad Moms Christmas, also available on Netflix.

For the mom who likes a musical:

Meryl Streep and Amanda Seyfried lead an all-star cast in this adaptation of the Broadway musical, which is available to watch on Amazon Prime Video. Seyfried's Sophie is searching for her real father as she approaches her wedding day. Pierce Brosnan, Stellan Skarsgård and Colin Firth star as the potential fathers who previously dated Streep's Donna. A sequel, Mamma Mia! Here We Go Again that explores Donna's younger years, is also available to rent Amazon Prime Video. The films feature hit songs by ABBA.

For the mom who likes a good scare:

Sandra Bullock is a mother willing to do whatever it takes to protect her two children in a post-apocalyptic world in Bird Box, available to watch on Netflix. An unknown force causes people to commit suicide if their eyes are not covered, leading to the fall of civilization. Bullock's Malorie embarks blindfolded on a perilous journey down a river in order to find a safe haven. John Malkovich, Sarah Paulson, Machine Gun Kelly and Lil Rel Howery also star in the film.

For the mom who likes a tearjerker:

The life story of four East Asian women and their daughters is captured in Joy Luck Club, available to watch on Amazon Prime Video. The mothers, who immigrated from China to the U.S., meet regularly to play mahjong and tell stories. The film, based on the 1989 novel of the same name by Amy Tan, stars Tsai Chin, Ming-Na Wen, Kieu Chinh, Lisa Lu, France Nuyen, Rosalind Chao, Lauren Tom, Tamyln Tomita and more.

A group of six women come together at a beauty salon where they share a close bond of friendship in this remake of Steel Magnolias, which is available to rent through Amazon Prime Video. The story explores the relationships of the women who have stuck together through good times and bad. Queen Latifah, Jill Scott, Alfre Woodard, Adepero Oduye, Phylicia Rashad and Condola Rashad star. Sally Field, Dolly Parton, Shirley MacLaine, Daryl Hannah, Olympia Dukakis and Julia Roberts starred in the original film in 1989, available on Amazon Prime Video.

Movies // 17 hours ago
Val Kilmer 'overwhelmed' by positive response to 'Top Gun' sequel
May 21 (UPI) -- Val Kilmer wrote on Instagram that he is happy with the response to "Top Gun: Maverick," the long-awaited sequel to his 1986 classic, "Top Gun."