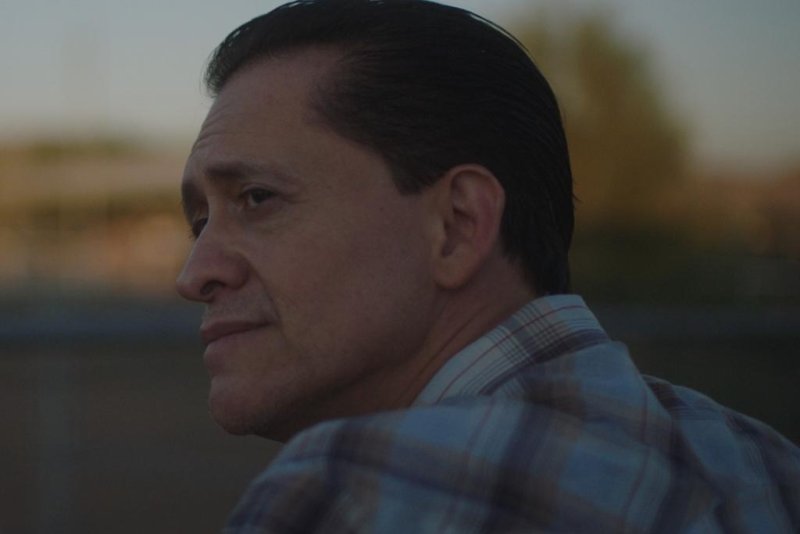 LOS ANGELES, Dec. 29 (UPI) -- Clifton Collins Jr. said his role on HBO's Westworld prepared him to star in Jockey, in New York and Los Angeles theaters Wednesday. Collins, 51, plays Jackson Silva, a jockey who is nearing the end of his racing career.

"I had quite a bit of experience on Westworld with those horses," Collins told UPI in a Zoom interview. "They're fine-tuned like a brand new Porsche."

Westworld cast Collins as a cowboy robot. He said the thoroughbred race horses he rode in Jockey had different skills and demands than the rodeo trick horses in Westworld.

"They're faster than rodeo horses," Collins said. "They're not going to do all the tricks that I can do on the rodeo horses. They just want to race."

Collins said the horse is in control on the race track. He learned the limited ways a jockey can influence the animal during a race.

"You hope to kind of just nudge them and guide them," Collins said. "You can slow them down a little bit, speed them up a little bit and nudge them left and right."

Even the way he sat on the saddle was different between rodeo horses and thoroughbreds, Collins said. On the Westworld horses, he could sink into the saddle and spread his legs. The jockey saddle was so thin, he had to balance himself on the stirrups.

"You're balancing your feet and leaning into its shoulders on certain turns," Collins said. "You want to be in rhythm and in sync with this horse."

Jackson's commitment to racing also rang true to Collins, who has been an actor since 1990. He said he has devoted the last 30 years to acting like Jackson devoted his life to racing.

"If I'm not writing a screenplay or doing a polish or studying for an audition, I'm watching Academy films," Collins said. "Or I'm talking to other actor friends or my musician friends or doing something creative. I love being creative."

Show business runs in Collins' family. His grandfather was Pedro Gonzalez Gonzalez, an actor in many John Wayne films like The High and the Mighty and Rio Bravo. His great-grandparents also were performers.

"My acting lineage goes back to 1839 in Spain," Collins said.

When Collins began to act, he changed his name to Clifton Gonzalez Gonzalez, hoping to make his grandfather famous again.

"I just remember my Grandpa coming home being like, 'You know, nobody knows the old timers or gives thanks or praise to the trailblazers,'" Collins said. "I just felt his pain."

Collins' father died by suicide in 1996. By 1999, Collins changed his name back to Clifton Collins Jr., feeling he had succeeded in bringing attention to his grandfather after accumulating 10 years of screen credits.

"I figured I did grandpa good for 10 years, and it's time for me to live my own name now," Collins said.

Collins also appeared in Nightmare Alley, which premiered Dec. 17 in theaters. In the film directed by Guillermo del Toro, he played a carnival barker.

"Guillermo's a beautiful mentor," Collins said. "He inspired me to start writing my grandfather's story."

Movie review: 'The Matrix Resurrections' is not a rehash Tori Kelly, Nick Kroll: 'Sing 2' enriches kids' knowledge of music Nicole Kidman 'obsessed' over 'Being the Ricardos'

Movies // 20 hours ago
'Dragon Ball Super: Super Hero' gives Gohan 'his day'
Aug. 19 (UPI) -- "Dragon Ball Super" returns with a new film on Friday that shifts focus away from protagonists Goku and Vegeta and instead primarily follows Gohan and his mentor Piccolo.

Movies // 1 day ago
Jonah Hill won't promote upcoming films due to anxiety
Aug. 18 (UPI) -- "Don't Look Up" and "Moneyball" star Jonah Hill has announced he will not be promoting his upcoming projects for the near future because doing so gives him panic attacks.