LOS ANGELES, Sept. 24 (UPI) -- Ben Platt, who stars as the title character in Dear Evan Hansen, in theaters Friday, said the movie and the Broadway show upon which it is based provoke unexpected reactions.

The story follows Evan Hansen, a teenager with social anxiety disorder who pretends to be the friend of Connor Murphy (Colton Ryan) after Connor dies by suicide.

"I think there's no way to anticipate the emotional reaction that this particular piece always consistently seems to have," Platt said in a Zoom roundtable with reporters.

Platt said when he performed the show on stage in Washington, D.C., in 2015, he could see teenagers in the audience. Platt said he remembered those teenagers returned to bring their parents and discussed the show's themes after the curtain call.

"It seemed to be such a powerful icebreaker," Platt said. "There were just consistent tears and sharing of real difficult emotional conversations afterward."

Platt, who turns 28 Friday, was 27 when he played Evan Hansen in the film. As he was six years older than when he first performed it on stage, Platt said it was more challenging to portray a teenager on film.

"I did lose some weight, shave my face and grew my hair out," Platt said. "I pulled from the same toolbox and instincts as the stage performance and just toned down for the intimacy of the camera."

Platt said he could portray Evan's anxiety on film with subtler gestures than he employed on stage. Evan bites his nails, pulls on his clothes and walks with a hunch.

Evan keeps his situation from his mother, Heidi (Julianne Moore). Heidi works long shifts as a nurse, so she is oblivious to Evan's ruse.

The 60-year-old Moore said Dear Evan Hansen demonstrates why parents need to be patient and wait for their teenagers to open up. Moore said she makes sure to participate in activities with her children -- 19-year-old Liv and 24-year-old Caleb Freundlich -- so she is present when they become comfortable.

"I've seen so many episodes of The Bachelor and Love Island I cannot tell you, because you want to be there for them when they're ready to say something," Moore said. "You need to be in their orbit."

Moore said she brought her children to see Dear Evan Hansen on stage when Platt was starring. Playing Heidi in the first musical of her career, Moore said she also hopes the film can provoke conversations among families.

"Giving people a place to find their shared humanity is a wonderful thing," Moore said. "In a show like this where it's so much about connection and mental health, that reflection is profound."

Connor's mother, Cynthia (Amy Adams), takes comfort in believing that Connor had a friend. Evan, in turn, becomes afraid to tell the truth, lest he lose the connection and attention of the Murphy family.

"Evan spoke so deeply to me," Adams said. "His message had such a universality to it, this message of wanting to be seen, of feeling like you're always trying."

Adams, 47, previously played a singing Disney princess in Enchanted and shared a duet with Miss Piggy in The Muppets. Adams said Dear Evan Hansen director Stephen Chbosky had to break her of her showstopper habits.

One of Adams' songs is "Requiem," a song the Murphys sing about Connor. Adams said Chbosky reminded her that Cynthia is "singing not to the audience, but singing to my son."

Before Dear Evan Hansen, Platt appeared in the musical comedy Pitch Perfect and its sequel. The 2017 Broadway production of Dear Evan Hansen won five Tony Awards, including one for Best Musical and Platt as Best Lead Actor in a musical.

Since leaving the stage show, Platt has appeared on the Netflix series The Politician and released two solo albums. He said he's grateful he could be the one Dear Evan Hansen stage performer to reprise his role in the film.

"That's a very rare opportunity for someone who performs onstage to get to be the one to then translate it to the screen," Platt said. "I just feel really lucky that I was asked to do that." 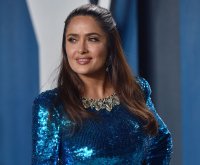