'The Loneliest Whale' trailer searches for the elusive 52 Hertz whale

June 8 (UPI) -- Filmmaker Joshua Zeman and a team of experts seek out the 52 Hertz whale in the new trailer for upcoming documentary, The Loneliest Whale: The Search for 52.

The clip, released on Tuesday, explores how scientists believe that the 52 Hertz whale has been living in solitude its whole life as it calls out to other whales using a strange frequency.

The whale was first discovered in 1989 and has turned into a worldwide phenomenon.

"As the film embarks on this engrossing journey, audiences will explore what this whale's lonely plight can teach us -- not just about our changing relationship with oceans, but to each other," reads the synopsis.

Zeman (The Sons of Sam: Descent Into Darkness, Cropsey) wrote, directed and produced the film.

Jonathan Shukat also produces with Caitlin Colford as co-producer. Leonardo DiCaprio and Adrian Grenier are among the executive producers.

The Loneliest Whale: The Search for 52 is coming to theaters on July 9 and on digital July 16.

Cher plans a giant rescue in new 'Cher & The Loneliest Elephant' trailer 'Val': Amazon to release Val Kilmer documentary What to watch next: Sign up for UPI's Streaming newsletter 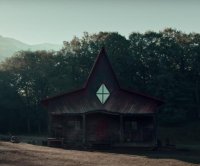