March 16 (UPI) -- Netflix is giving a glimpse of the new film Concrete Cowboy.

The streaming service shared a premiere date, April 2, and a trailer for the movie Tuesday.

Concrete Cowboy is based on the Greg Neri novel Ghetto Cowboy, which is inspired by the real-life urban horsemen of North Philadelphia. The film stars Idris Elba and Caleb McLaughlin as Harp and Cole, an estranged father and son.

The trailer shows Cole (McLaughlin) go to live with Harp (Elba) in Philadelphia, where he is introduced to Fletcher Street Stables, his father's Black urban horsemanship community.

"Torn between his growing respect for his father's community and his reemerging friendship with troubled cousin Smush (Jharrel Jerome), Cole begins to reprioritize his life as the stables themselves are threatened by encroaching gentrification," an official synopsis reads.

Concrete Cowboy premiered at the Toronto International Film Festival in September. The film will start streaming April 2 on Netflix.

'Killing Eve' to end with Season 4, spinoffs being explored Elliot Page 'really excited' about acting after coming out as transgender 'Peter Pan & Wendy': Disney begins production on live-action film What to watch next: Sign up for UPI's Streaming newsletter

Movies // 7 hours ago
'Shang-Chi' tops North American box office for a 3rd weekend
Sept. 19 (UPI) -- "Shang-Chi and the Legend of the Ten Rings," is the No. 1 movie in North America for a third weekend, earning an additional $6.1 million in receipts, BoxOfficeMojo.com announced Sunday. 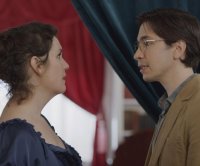 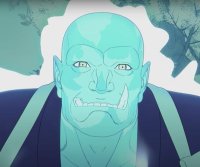 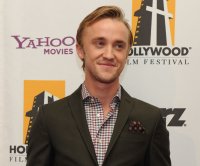 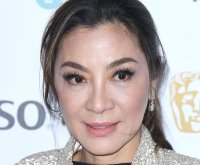 Movies // 1 week ago
'Shang-Chi' tops North American box office with $36M
Sept. 12 (UPI) -- "Shang-Chi and the Legend of the Ten Rings" is the No. 1 movie in North America for a second weekend, earning an additional $36 million in receipts.
Advertisement