March 9 (UPI) -- The British Academy of Film and Television Arts announced the nominees for the 2021 EE British Academy Film Awards on Tuesday with Nomadland and Rocks leading with the pack with seven nominations each.

The Father, Mank, Minari and Promising Young Woman earned six nominations, while The Dig and The Mauritanian earned five nominations.

Nomadland, The Trial of the Chicago 7, Promising Young Woman, The Mauritanian and The Father are nominated for Best Film.

Frances McDormand for Nomadland, Bukky Bakray for Rocks, Radha Blank for The Forty-Year-old Version, Vanessa Kirby for Pieces of a Woman, Wunmi Mosaku for His House and Alfre Woodward for Clemency are nominated for Leading Actress.

The late Chadwick Boseman for Ma Rainey's Black Bottom, Riz Ahmed for Sound of Metal, Adarsh Gourav for The White Tiger, Anthony Hopkins for The Father, Mads Mikkelsen for Another Round and Tahar Rahim for The Mauritanian are nominated for Leading Actor.

Chloé Zhao for Nomadland, Lee Isaac Chung for Minari, Thomas Vinterberg for Another Round, Shannon Murphy for Babyteeth, Jasmila Žbanić for Quo Vadis Aida? and Sarah Gavron for Rocks are nominated for Director.

The full list of nominees can be found on the offfical BAFTA website. The 2021 EE British Academy Film Awards will take place April 10-11 and will be broadcast on BBC.

The nominations were announced by Aisling Bea and Susan Wokoma at the Royal Albert Hall in London.

Four women have been nominated in the director category for the first time. First-time nominees account for four of the six nominated directors and 21 of the 24 nominees in the performance categories. 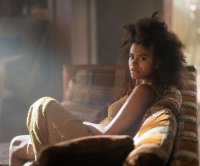 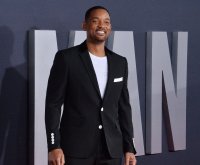