Raya (voice of Kelly Marie Tran) seeks the last dragon to save the kingdom of Kumanda. Photo courtesy of Disney

Sisu (voice of Awkwafina) is the last remaining dragon in Kumandra. Photo courtesy of Disney

LOS ANGELES, March 4 (UPI) -- The makers of Disney's latest animated movie, Raya and the Last Dragon, would not let COVID-19 prevent them from finishing the film.

Animated films usually record each actor individually. With the added distance of remote recording, Tran was impressed that her scenes with characters voiced by Kim and Awkwafina appeared so seamless.

"We're all sort of isolated," Tran said at a recent Zoom press conference ahead of the film's Friday release in theaters and Disney+. "All the chemistry that these incredible characters have, I think that says a lot about just the expertise of Disney animation."

Tran plays Raya, a young warrior who teams up with the dragon Sisu (Awkwafina) to save the land of Kumandra. Kim plays her father, Chief Benja.

The actress said she found the relationship between Raya and her father relatable.

She said she and her character revere their elders, and that Benja teaches Raya valuable lessons. Benja attempts to make peace between the five kingdoms of Kumanda: Heart, Fang, Talon, Spine and Tail.

Kim said he follows Tran in the news, alluding to her battles with angry Star Wars fans over her role in The Last Jedi. After she played Rose Tico in the film, some bullies took to Tran's social media accounts with racist and sexist comments because they did not like the character she played.

Tran left Instagram and Twitter, and said she sought therapy to cope with bullying. The 52-year-old Kim said Benja's support of Raya reflected his support of Tran, 32, persevering against hateful attacks.

"It was not just about our roles as characters, but also knowing who you were as a person and feeling like I could connect to that personally," Kim said. "I really felt that connection came through even though we never actually were in the booth together."

"I was given a chance to add my own voice to it and to simultaneously build her up with the directors," 32-year-old Awkwafina said. "I think she was part mine, too."

Seeking the dragon gem for her own purposes is Namaari of the Fang kingdom. Gemma Chan gives voice to Namaari. Although Namaari and Raya are rivals, 38-year-old Chan saw they had much in common.

"Namari has got this really aggressive exterior but underneath it all, she's got this huge heart," Chan said. "She has this love for dragons that's been there since childhood."

Tran appreciated how Raya and the Last Dragon portrayed their rivalry. As children, Raya and Namaari were friends. It is only after Benja's disastrous gathering that they become rivals.

"Cutting forward and seeing the way that they've been divided, it's really incredible," Tran said. "These two characters could have switched places at one point."

Chan said Namaari learned to hate anyone from the Heart realm, including Raya, because she grew up in Fang. She hopes the film shows that people can change, too.

"It shows how when we're young as children, we don't inherently hate each other," Chan said. "Those things can be learned, but they can be unlearned, as well."

Raya and the Last Dragon is in theaters and on Disney+ with a Premiere Access surcharge Friday.

Movies // 3 days ago
Rob Zombie offers first look at his version of Herman Munster
July 22 (UPI) -- Director Rob Zombie posted on social media photos of what the star of his new version of "The Munsters" will look like. 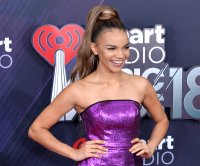 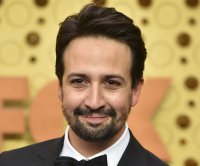