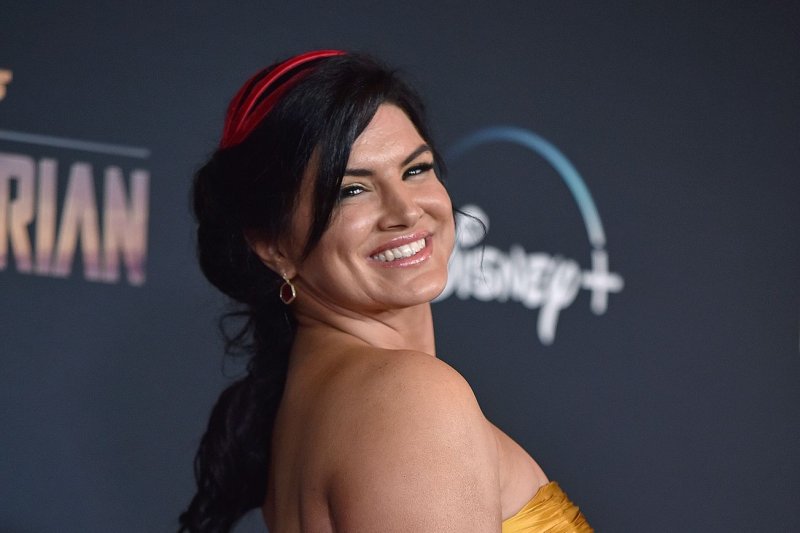 Gina Carano has announced plans to produce and star in a new film. File Photo by Chris Chew/UPI | License Photo

Feb. 13 (UPI) -- Former Mandalorian star Gina Carano has announced her next project, days after Lucasfilm called her social media posts "abhorrent" and said it had no plans to work with her again.

"This is just the beginning... welcome to the rebellion," Carano tweeted Friday, along with a link to a Daily Wire report that said she will produce and star in a film for the media company.

The movie is being made as part of collaboration between the Daily Wire -- a right-wing news website and media company founded by Ben Shapiro and Jeremy Boreing -- and producer Dallas Sonnier and his company, Bonfire Legend.

No details about the project's plot or title have been disclosed.

The partners' first film, the thriller Run Hide Fight, was released in January.

"The Daily Wire is helping make one of my dreams -- to develop and produce my own film -- come true," Carano said in a statement.

"I cried out and my prayer was answered. I am sending out a direct message of hope to everyone living in fear of cancellation by the totalitarian mob. I have only just begun using my voice which is now freer than ever before, and I hope it inspires others to do the same. They can't cancel us if we don't let them."

The hashtag #FireGinaCarano trended on Twitter this week after Carano posted: "Jews were beaten in the streets, not by Nazi soldiers but by their neighbors...even by children. Because history is edited, most people today don't realize that to get to the point where Nazi soldiers could easily round up thousands of Jews, the government first made their own neighbors hate them simply for being Jews. How is that any different from hating someone for their political views."

Lucasfilm reacted to the post with a statement saying that Carano was no longer employed by the company "and there are no plans for her to be in the future.

"Nevertheless, her social media posts denigrating people based on their cultural and religious identities are abhorrent and unacceptable."

The Haywire, Fast & Furious 6 and Deadpool has also drawn criticism for her views on the coronavirus pandemic and 2020 presidential election.

Movies // 19 hours ago
'Predator' series goes back to the past in 'Prey' teaser
May 16 (UPI) -- The origins of the Predator series are explored in the newly released teaser trailer for Prey.