Feb. 8 (UPI) -- M. Night Shyamalan follows a family aging at an alarming rate in the new teaser trailer for his upcoming thriller, Old.

A family on vacation relaxes on a secluded beach until everyone starts to age within hours in the clip released on Sunday. The teaser aired during Super Bowl LV.

A six-year-old is suddenly a teenager and another young girl wakes up to being older and pregnant. Fear sets in as everyone on the beach tries to figure out what is happening.

Shyamalan wrote, directed and produced Old, which is based on the graphic novel Sandcastle by Pierre Oscar Lèvy and Frederik Peeters.

Old is coming to theaters on July 23. 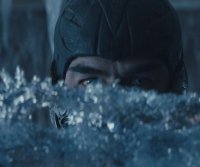