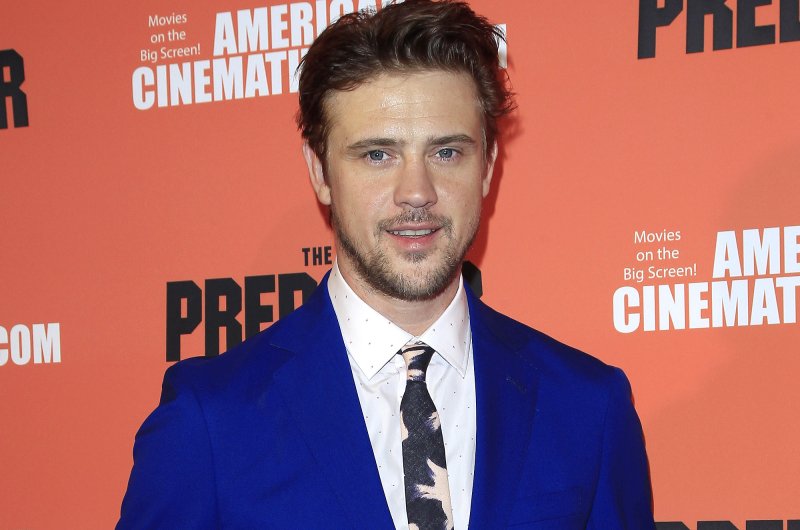 Boyd Holbrook, seen here at the screening of "The Predator" in 2018, stars in Sundance movie "Eight for Silver." File Photo by Nina Prommer/EPA-EFE

LOS ANGELES, Jan. 29 (UPI) -- Boyd Holbrook has been in big Hollywood movies like Gone Girl, Logan and The Predator. However, Holbrook said his new film that premieres at the Sundance Film Festival, Eight for Silver, is the kind of independent movie he loves to make.

"It was just a more intimate experience that I do have to say I'm a sucker for," Holbrook told UPI in a phone interview.

Eight for Silver is a monster movie set in the 1800s. Holbrook plays John McBride, a pathologist who visits a British village and agrees to help the Laurent family find a missing child. What the Laurents assume was a wolf attack, McBride knows actually was the manifestation of a gypsy curse.

Holbrook said he was impressed that Sean Ellis wrote, directed and produced the film. The cast and crew -- including Alistair Petrie and Kelly Reilly as Seamus and Isabelle Laurent -- lived close together for seven weeks at the film's central France location.

"It's just the kind of grassroots version of the film industry," Holbrook said. "There's nothing wrong with big movies. Working on something like this is few and far between."

The set eschewed many of the trappings of modern Hollywood productions. Much of the lighting came from candles, which created pockets of darkness in which the creature could hide. Holbrook said eliminating modern lighting helped immerse the cast in Eight for Silver.

"You're not bombarded by metal light structures that knock you out with how powerful they are," Holbrook said. "Luckily nobody fell down the stairs."

Holbrook said he lived the role of John McBride more completely than other characters he's played. McBride is British, and Holbrook felt he had to practice the accent all day, every day.

"I found that I've got to stay in voice 24/7, or I'm not going to have the emotional rhythm that this character needs to have," Holbrook said. "It just takes a lot of focus and concentration."

The study of pathology took more than seven weeks to perfect. For research, Holbrook placed pages from anatomy books over the walls of his trailer to immerse himself in the discipline.

"I just wanted to be consumed in that grimness," Holbrook said.

When it came to the fantastical creature attacking McBride and the Laurents, Holbrook said the special effects department created a physical entity to which the actors could react on set. The staff still gave the creature a modern look with computer-generated imagery, but Holbrook did not have to imagine it in the film's intense scenes.

"They put a lot of the budget into that, and you can tell," Holbrook said. "It's not hokey. It's not cheesy. It's genuinely terrifying."

Holbrook said Eight for Silver reminded him of other independent films he's made, including Little Accidents and The Skeleton Twins, which also played at Sundance. The actor said Logan director James Mangold was also able to make the Wolverine film feel more intimate than he expected of a superhero film.

"It's just great when it's more of a collaborative process," Holbrook said.

On Thursday, before Sundance began, Netflix announced Holbrook would be in the cast of its Sandman series. Neil Gaiman's comic book series, upon which the series is based, begins when Dream (Tom Sturridge) is pulled out of the dream realm.

Holbrook said he is excited to play The Corinthian, a nightmare that Dream conjures up. Gwendoline Christie plays Lucifer in the series.

"The Corinthian is a rascal," Holbrook said. "He's your worst nightmare. So it gives you a lot of room and he's just the ultimate mischievous trickster character."

Eight for Silver premieres Saturday at 8 p.m. EST on the Sundance Film Festival virtual platform. Tickets are available at Tickets.festival.sundance.org 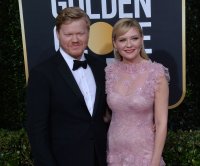 Movies // 2 days ago
James Bond is back in new 'No Time to Die' trailer
July 26 (UPI) -- "No Time to Die," a new James Bond film starring Daniel Craig, Rami Malek and Léa Seydoux, will open in theaters in October.
Advertisement