The streaming service shared a preview of the movie Wednesday featuring Viola Davis as blues singer Ma Rainey, known as the "Mother of the Blues."

"They don't care nothing about me. All they want is my voice," Rainey (Davis) says. "Well, I done learned that. And they gonna treat me the way I want to be treated no matter how much it hurt 'em."

"They back there right now calling me all kinds of names. Calling me everything but a child of God. But they can't do nothing else 'cause they ain't got what they wanted yet," she adds.

Ma Rainey's Black Bottom is based on the August Wilson play of the same name. The film is written by Ruben Santiago-Hudson, directed by George C. Wolfe and produced by Denzel Washington, Todd Black and Dany Wolf.

Ma Rainey's Black Bottom centers on a fateful recording session for Rainey in 1927 Chicago. The movie co-stars Chadwick Boseman, Glynn Turman and Colman Domingo, and is the final film appearance for Boseman, who died at age 43 in August.

Davis previously starred in a 2016 adaptation of Wilson's play Fences. She appears in the new Netflix documentary Giving Voice, which follows students in the annual August Wilson monologue competition. Wilson died in 2005. 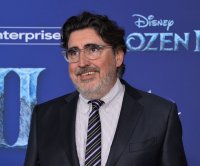 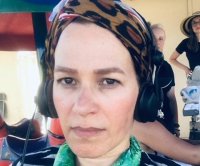 Movies // 2 days ago
Franka Potente wants 'Home' to reflect 'brutality vs. tenderness'
LOS ANGELES, Dec. 3 (UPI) -- Franka Potente, who made her feature film directorial debut with "Home," in theaters and video-on-demand Friday, said she was inspired by the beauty and brutality that can exist within the same person. 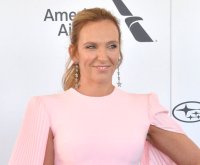 Movies // 3 days ago
George MacKay got caught practicing 'Wolf' moves
LOS ANGELES, Dec. 2 (UPI) -- George MacKay discusses his training for the film "Wolf" in which he plays a man who believes he is a wolf. MacKay recalls when actual canines caught him practicing in public.
Advertisement