'The Witches': Warner Bros. apologizes after backlash from people with disabilities

Nov. 4 (UPI) -- Warner Bros. has apologized after its film The Witches received backlash from people with disabilities.

In a statement Wednesday, the studio responded to criticism of the depiction of Anne Hathaway's character in the new movie.

The Witches is based on the Roald Dahl novel of the same name, which was previously adapted as a 1990 film. In the remake, Hathaway plays the villainous Grand High Witch, who is shown with hands that resemble the limb abnormality ectrodactyly, known as "split hand."

Advocates raised concerns on social media that portraying villains with physical defects can perpetuate stereotypes that disabilities are scary. Paralympic athlete Amy Marren was among those to speak out.

"Disappointed in the new Warner Bros film The Witches," Marren tweeted. "Yes, I am fully aware that this is a film, and these are Witches. But Witches are essentially monsters. My fear is that children will watch this film, unaware that it massively exaggerates the Roald Dahl original and that limb differences begin to be feared."

"Limb difference is not scary. Differences should be celebrated and disability has to be normalised," the post reads.

A Warner Bros. rep said in a statement to Deadline that the studio was "deeply saddened to learn that our depiction of the fictional characters in The Witches could upset people with disabilities."

"In adapting the original story, we worked with designers and artists to come up with a new interpretation of the cat-like claws that are described in the book," the rep said. "It was never the intention for viewers to feel that the fantastical, non-human creatures were meant to represent them."

In Dahl's novel, witches are said to have "square feet with no toes" and "claws instead of fingernails."

The Witches remake is directed by Robert Zemeckis and co-stars Octavia Spencer and Stanley Tucci. The film premiered on HBO Max in October.

Movies // 6 hours ago
'Lost Boys' remake in the works with Noah Jupe, Jaeden Martell set to star
Sept. 18 (UPI) -- "A Quiet Place" actor Noah Jupe and "It" star Jaeden Martell have signed on for roles in Warner Bros.' planned remake of the 1987 teen vampire classic "The Lost Boys." 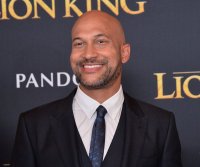