Aug. 7 (UPI) -- Studio Lionsgate has announced a fifth entry in the John Wick action series starring Keanu Reeves, which will be filmed back-to-back with the fourth entry.

Lionsgate CEO Jon Feltheimer made the announcement Thursday during an earnings call.

"We're busy preparing scripts for the next two installments of our John Wick action franchise," Feltheimer said. "We hope to shoot both John Wick 4 and 5 back-to-back when Keanu becomes available early next year."

John Wick 4 is set to be released on May 27 over Memorial Day weekend. A release date for the fifth installment was not announced.

Reeves is filming The Matrix 4 for Warner Bros. after production was halted in March due to the COVID-19 pandemic.

The John Wick series, which has grossed over $584 million worldwide with three films, features Reeves as a hitman who comes out of retirement.

The actor will be seen next in Bill & Ted Face the Music which will be released in select theaters and video-on-demand services on Aug. 28. Reeves also stars in video game Cyberpunk 2077, which is coming to the PlayStation 4, Xbox One and PC on Nov. 19.

Keanu Reeves is back in a phone booth in new 'Bill & Ted' photo 'Cyberpunk 2077' delayed until November What to watch next: Sign up for UPI's Streaming newsletter 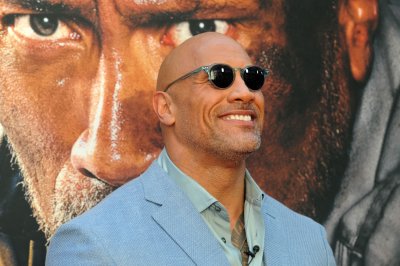