'Just Mercy' available to stream for free in June

We believe in the power of story. #JustMercy is one resource we can offer to those who are interested in learning more about the systemic racism that plagues our society. For the month of June, #JustMercy will be available to rent for free on digital platforms in the US. @eji_org pic.twitter.com/3B2IHMNk7E— Just Mercy (@JustMercyFilm) June 2, 2020

June 2 (UPI) -- Just Mercy, a 2019 film about civil rights attorney Bryan Stevenson, is available to stream for free during the month of June.

Warner Bros. said it is offering free rentals of the legal drama on digital platforms to encourage education about "systemic racism" in U.S. society.

"We believe in the power of story," the company said. "Our film Just Mercy, based on the life work of civil rights attorney Bryan Stevenson, is one resource we can humbly offer to those who are interested in learning more about the systemic racism that plagues our society."

Just Mercy is directed by Destin Daniel Cretton and stars Michael B. Jordan as Stevenson. The film follows Stevenson as he fights for Walter McMillian (Jamie Foxx), a man wrongly convicted of murder.

Warner Bros. made the film available to stream for free following the death of George Floyd. Floyd, a 46-year-old black man, died last week in Minneapolis, Minn., while being restrained by a police officer who knelt on his neck.

"To actively be part of the change our country is so desperately seeking, we encourage you to learn more about our past and the countless injustices that have led us to where we are today," the studio said.

"Thank you to the artists, storytellers and advocates who helped make this film happen. Watch with your family, friends and allies," the company added.

Jordan, Foxx and their co-star Brie Larson said in an interview in December that they hope the film helps change people's hearts and minds. The movie originally opened in theaters the same month.

Sony postpones PlayStation 5 event: 'We want to stand back' The Weeknd, Drake both donate $100K to National Bail Out Killer Mike on Atlanta speech: 'All I said was purely in my heart' What to watch next: Sign up for UPI's Streaming newsletter 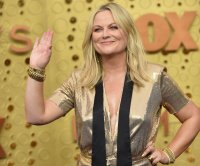 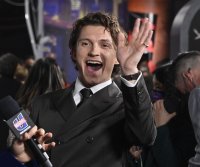 Movies // 15 hours ago
Karen Gillan: Sundance clone movie 'Dual' was 'like being on Avengers'
LOS ANGELES Jan. 23 (UPI) -- Karen Gillan, co-stars Aaron Paul and Beulah Koale and writer/director Riley Stearns discuss their Sundance movie "Dual." Gillan plays a woman and her clone in a process she compared favorably to her Marvel movies.