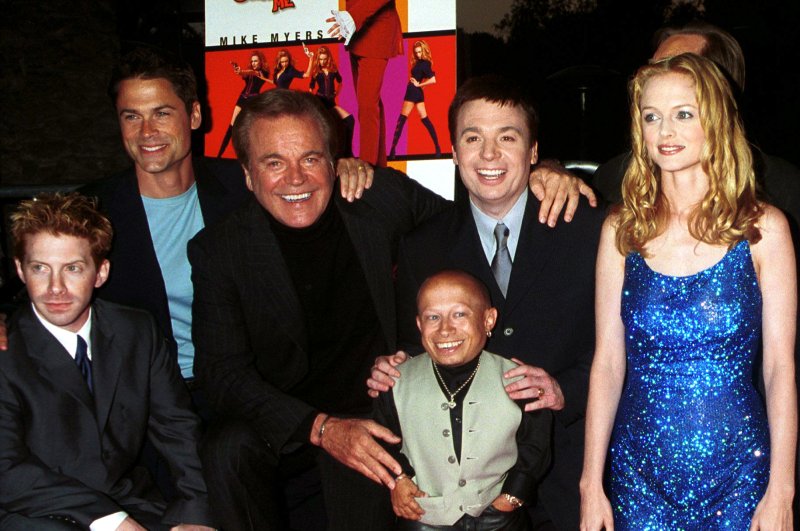 You can watch Kevin Kline in his Oscar winning role in "A Fish Called Wanda" on streaming services. File Photo by Jim Ruymen/UPI | License Photo

April 9 (UPI) -- For anyone who needs a good laugh while confined to self-isolation, many of the greatest comedy movies of all time are streaming or available to rent or buy.

Here are more than 10 of the greatest comedies available on streaming services like Netflix, Hulu, Amazon Prime, The Criterion Channel, Crackle, Showtime, HBO or Starz. And if you don't subscribe to any of them, most of these movies are also available for rent or purchase on digital retailers like iTunes, Amazon or Vudu.

The Jerk represents Steve Martin at his most absurd in a comedy vehicle he wrote to capitalize on his stand-up comedy persona. Navin Johnson (Martin) leaves his African-American family and has a series of eye-opening adventures in the real world. It was hard to pick just one Steve Martin movie, but luckily you don't have to.

Starz also is streaming Dirty Rotten Scoundrels. Martin's dinner table scene in that is one of the funniest scenes in movie history. His greatest physical comedy in All of Me is on HBO. Planes, Trains and Automobiles is on Amazon Prime, and Roxanne is on Crackle with ads.

Mike Myers created a pop culture icon with Austin Powers, his swinging '60s spy awoken in the '90s. Netflix has the entire trilogy. By now, everyone can quote along with Austin Powers saying "Oh, behave" or "Yeah, baby," even if they've never seen the movies. When Austin Powers: International Man of Mystery came out, Austin was a fish out of water. Now the 1997 original is a period piece, too.

Tootsie was not only a comedy hit of 1982, but it also earned several Oscar nominations and won one for Jessica Lange. Dustin Hoffman played a struggling actor who disguises himself as a woman to win a soap opera role. He learns a valuable lesson about what it's really like to be a woman.

The Griswolds are a national treasure. You can send them anywhere and it will be funny, as there have been four sequels, including a 2015 entry featuring son Rusty all grown up. The original trip to Wally World is still the funniest. Everything that can go wrong on a road trip does, including getting lost, wrecking the car and dealing with a dead aunt (Imogene Coca). Clark Griswold (Chevy Chase) tries his hardest to spin everything into the perfect family vacation, but he's funniest when he loses it.

Some Like It Hot -- Amazon Prime, Criterion Channel, TCM

Some Like It Hot -- one of the great comedies of all time -- is available on multiple streaming services. Amazon Prime has it, but it also qualifies for the Criterion Collection and Turner Classic Movies. Jack Lemmon and Tony Curtis disguise themselves as women as they flee from the mob. As if that wasn't hard enough, they also have to fend off male suitors and complicated feelings for an oblivious Marilyn Monroe.

John Hughes also is responsible for many of the great comedies of the '80s. He wrote Vacation above. Ferris Bueller's Day Off is one of those movies where no matter how many times you've seen it, Ferris' (Mathew Broderick) romp through Chicago is always a fun time. Ferris' advice only applies to times without stay-at-home orders, like 1986 when the movie came out. For now, you can stay in and watch Ferris' day off.

Groundhog Day is another comedy classic that you can watch over and over. That sort of fits the very premise of the movie. Bill Murray lives the same day over and over, so the more you see Groundhog Day, the more you can relate to him. Murray is at his sharpest making fun of recurring events, but also getting to the heart of what it means to live.

Mel Brooks' spoof of westerns was groundbreaking in 1974. All genre spoofs that followed owe Blazing Saddles a debt of gratitude. It was also controversial for tackling racism with "a black sheriff?" (as the townsfolk question Cleavon Little's character) and some risque sexual, flatulent and animal abuse jokes that Brooks slipped by the censors. If you can't get enough Brooks, Young Frankenstein is streaming on Starz, too.

For the highest ratios of laughs per screen time, the Zucker/Abrahams/Zucker trio is unparalleled. Airplane! was the classic that turned dramatic actor Leslie Nielsen into a buffoon and the world is a funnier place for it. Their spoof of disaster films lifts the script of Zero Hour! and peppers it with deadpan jokes and interludes of other movie spoofs. If you don't get Showtime, IMDB and Tubi offer it free with ads.

This is pretty much a perfect comedy farce with the most ideal cast. Jamie Lee Curtis, Kevin Kline, Michael Palin and Tom Georgeson play diamond thieves trying to outsmart each other out of the loot. When one gets arrested, they prey upon the barrister (John Cleese) trying the case. Cleese wrote the script that lets all the pieces effortlessly fall into place and make each scene the funniest it possibly can be. Kline rightfully won an Oscar for playing a violent, insecure thug. If you don't get HBO or Showtime, YouTube has it free with ads.

The Zucker/Abrahams/Zucker team outdid themselves with the movie adaptation of their short-lived TV series Police Squad!. Perhaps making Nielsen the star of the show as Lt. Frank Drebin helped. This spoof of cop movies is one of the funniest films ever made, and the perfect vehicle for Nielsen deadpanning and showboating. Netflix also has the sequel, and Prime has the third. Both sequels are on Showtime if you're looking for more Nielsen or Zucker.

What to binge: 10 animated series for grown-ups Ten family-friendly shows to binge watch Will Forte spoofs home renovation shows on 'Flipped' What to watch next: Sign up for UPI's Streaming newsletter