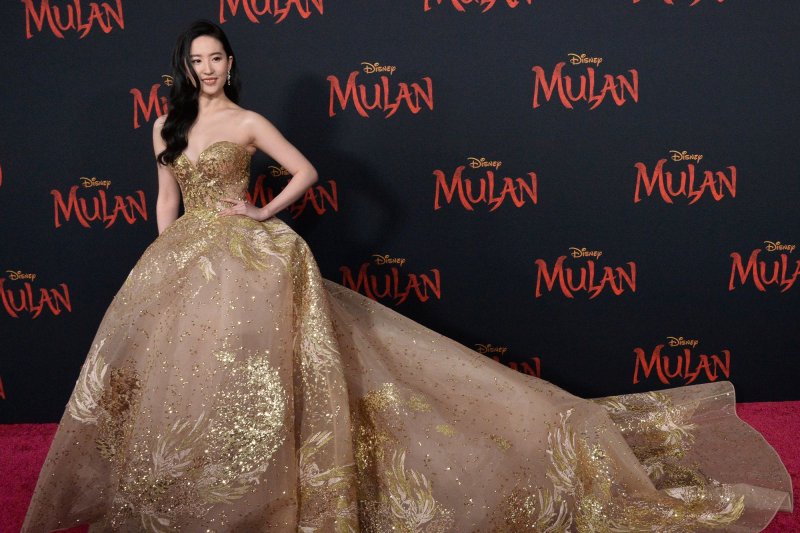 The 32-year-old actress discussed the new Disney movie while attending the film's Los Angeles premiere Monday at the Dolby Theatre in Hollywood.

Liu plays the title character in Mulan, a live-action remake of the 1998 animated Disney movie. The film follows Mulan, a young woman who disguises herself as a man in order to take her father's place in the Imperial Chinese Army.

"It's so beautiful and happy and encouraging, because I do love acting so much. I think this role and this movie, with the energy, it's gonna open up people's imagination," Liu told Walt Disney Pictures on the red carpet. "Everybody has the opportunity to go for their dreams and be the best version of themselves."

Liu said her character, Mulan, shows her "true self" in the movie.

"I think this is a message suitable for everybody," she said.

Christina Aguilera, who recorded "Reflection" for the original movie's soundtrack, was also present at the premiere. Aguilera recorded a new version of "Reflection" and the single "Loyal Brave True" for the new Mulan.

"This is the song that started it all for me," Aguilera said of "Reflection."

"Being a fighter and a warrior has always been a part of my music, and a part of me. It's been the thread of my career," she added. "To come back to such an empowering film, and such a beautiful one at that, 20 years later is pretty remarkable and so meaningful."

Mulan is based on the legendary female warrior in "The Ballad of Mulan." The film opens in theaters March 20.