Brandon Cronenberg: Humans have no 'true self' 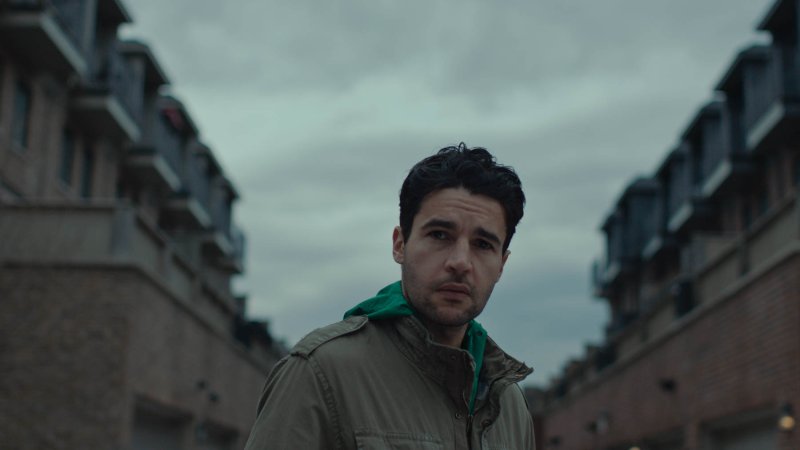 Christopher Abbott appears in "Possessor" by Brandon Cronenberg, an official selection of the World Cinema Dramatic Competition at the 2020 Sundance Film Festival. Courtesy of Sundance Institute

Andrea Riseborough appears in "Possessor" by Brandon Cronenberg, an official selection of the World Cinema Dramatic Competition at the 2020 Sundance Film Festival. Courtesy of Sundance Institute/Photo by Karim Hussain

PARK CITY, Utah, Jan. 30 (UPI) -- Brandon Cronenberg's latest film, Possessor, is about a world in which assassins can possess other bodies to commit murder. He calls it a metaphor for the real world, in which he believes people are always in character, with or without technological devices.

"As human beings, we essentially have to manufacture and maintain a character that is sometimes at odds with our life," Cronenberg told UPI at the Sundance Film Festival. "I don't think that fundamentally at our core, we have a kind of true self that simply is who we are. I think acting is inherent to being a human being."

In Possessor, writer/director Cronenberg explores that theme with a bloody sci-fi premise. The story follows assassin Tasya Vos (Andrea Riseborough), whose mission is to inhabit Colin (Christopher Abbott). While living his life, she has to figure out how to portray him.

"The root of the film was really in the domestic scenes," Cronenberg said. "Waking up into a world and assembling our character and trying to figure out who we are and how to navigate those things -- that's interesting to me."

"The question of what we are essentially is interesting to me."

Abbott didn't know much about his character Colin's backstory. He only portrayed him once Vos was in his body.

"It's pretty blank," Abbott told UPI. "You don't get much. You kind of know he's in a relationship that's kind of controlled by his father-in-law. He's a bit of a drug dealer. There's not much of a character until this starts happening."

While Vos is in Colin's body, her physical body is in an elaborate machine controlling him. Working in the physical device on the set aided Riseborough in her performance.

"It looked very almost crustacean," Riseborough said. "There was something very natural about the technology, something that you see with [Stanley] Kubrick or sometimes [Andrei] Tarkovsky. Being inside of it was light and airy. It had lots of holes."

Colin has a job at a surveillance company. He uses virtual reality to spy on couples having sex, so that the company can collect data. Cronenberg also has opinions on corporations monitoring our identities for profit.

"The VR is a bit of a joke because it's such a wild invasion of privacy for such a completely banal form of data mining," Cronenberg said. "It was really partly satirical and partly to draw attention to the much greater invasion of privacy that was inherent in the process of possessing someone's body."

Cronenberg, the son of David Cronenberg, made his first film, Antiviral in 2011. The reason it took more than eight years to make his next movie was because he had to start all over again.

"When I was finished, I didn't have another project ready to go because I didn't, until then, have a career in film," Cronenberg said. "So there was a little period of finding the film, of writing the film. As with a lot of indie films, it just took awhile to get the financing and cast together."

It will not take another eight years to see Brandon Cronenberg's third film.

"I've really learned my lesson this time, so I've been writing a lot," Cronenberg said. "I have a few other films in development simultaneously."

Cronenberg's other two scripts explore different subjects in a similar way to Possessor's satire of identity and surveillance.

"The two main films that I have in development are also in the sci-fi horror space and they're both also satirical films," Cronenberg said. "One is called Dragon and it's an outer space horror film, and the other one is called Infinity Pool, which is a bit of a tourism satire."