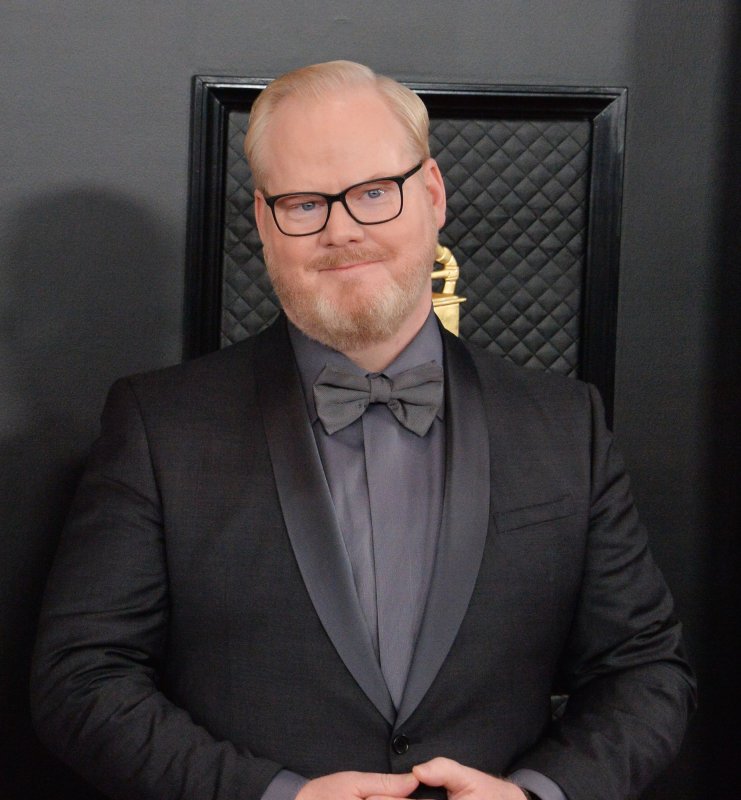 Ethan Hawke appears in "Tesla" by Michael Almereyda, an official selection of the Premieres program at the 2020 Sundance Film Festival. Courtesy of Sundance Institute/Photo by Cara Howe

"One of the points is that all history is Drunk History," Almereyda told UPI at the Sundance Film Festival. "It's very hard to get to the bottom of anything, even if it's recent history, as we're finding out in the current political circus."

Almereyda detours liberally from historical accuracy. For the film's structural device, Morgan appears in modern day with a MacBook computer, Googling her late husband. She promises to tell viewers the story of Tesla they won't read online, some of which is true and some of which is dramatic license.

"It is [Morgan] from sort of some other ether telling you the story about someone she once loved," Hewson told UPI. "That's the point. It's supposed to give you a personal perspective on him."

"One of the questions is finance versus progress," Gaffigan told UPI. "Could there have been with Tesla this development without Westinghouse? I'm obviously biased, but I would say no. He was bold enough and had the resources to do that."

The film depicts the personality differences between Tesla and Edison. A gregarious nature endeared Edison to investors more than Tesla's quiet and reserved nature. Almereyda has fun with their rivalry by portraying the inventors shoving ice cream in each other's faces, an event that Morgan assures the viewer never really happened.

For Gaffigan, the artistic license spoke to a truth that geniuses often are dismissed by their peers.

Almereyda said he portrayed Tesla as less of a showman than he was in real life.

"I think his big flaw was he couldn't work well with others," Almereyda said. "I think the movie muffles the fact that he did the promotional game pretty well. He learned how to do it. Unlike Edison, he wasn't able to work with other people."

This Drunk History approach to Nikola Tesla could be a risky proposition for Almereyda. He needed to work well with financiers to see his vision through, as any filmmaker does, Gaffigan said.

Almereyda said producers, Millennium Films, supported his vision as long as he stayed on budget.

"We were indulged," Almereyda said. "It felt necessary to recognize that Tesla's extraordinary ambitions and his brilliance shouldn't be portrayed in an earnest, flatfooted way," Almereyda said. "[We] honor him by making adventurous choices in the filmmaking."

In one such adventurous choice, Tesla sings the Tears for Fears song, "Everybody Wants to Rule the World."

"He's such a reserved figure, if he was given a chance to express his inner life, I thought that was by giving him a karaoke number," Almereyda said. "That's the way some shy people sometimes express themselves."

The song speaks to Tesla's frustration with the system of funding and implementing his discoveries. The lyrics say, "I can't stand this indecision married with a lack of vision."

Gaffigan agreed with the decision to apply a modern song to the historical drama.

"It's a timeless discussion," Gaffigan said. "That's also what Tears for Fears was writing about in the '80s and what we're dealing with today with how much power Facebook has. So it's like everybody wants to rule the world."

Tesla does contain historical facts about his inventions and his personal relationships. The fantasy sequences and inclusion of modern elements set it apart from traditional biopics.

"It's meant to be alive, to be fluid in the way our sense of history is, the way our experience of driving into history is," Almereyda said. "There are anachronisms and mistakes. Drunk History is a real conscious force."