Happiest Season follows Stewart as she prepares to propose to her girlfriend, portrayed by Davis, at her family's annual holiday party.

Things get complicated after Stewart realizes that her girlfriend hasn't come out to her conservative parents, played by Garber and Steenburgen.

Clea DuVall is directing and co-wrote the script with Mary Holland.

Filming started this week in Pittsburgh. Happiest Season is set to hit theaters on Nov. 20.

Movies // 11 hours ago
SXSW to hold canceled film festival on Amazon streaming
April 2 (UPI) -- The South by Southwest Film Festival and Amazon announced a joint venture to stream films intended to premiere at the festival in March. Officials in Austin, Texas, canceled the event due to the coronavirus pandemic.

Movies // 5 days ago
Eric Roberts plays lovable role in 'Inside the Rain'
LOS ANGELES, March 28 (UPI) -- Eric Roberts' new movie "Inside the Rain" is now available on video on demand and the indie actor says he expects more people will continue to stay home after the coronavirus pandemic. 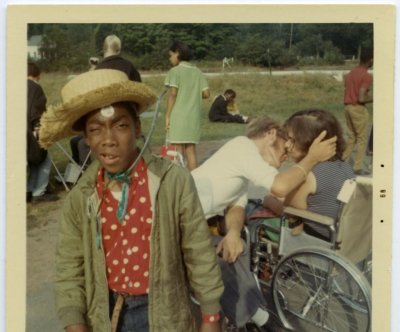