Jan. 13 (UPI) -- Sony Pictures is giving a glimpse of the new film Morbius.

The company released a teaser trailer for the movie Monday featuring Jared Leto as the title character, Michael Morbius, or Morbius the Living Vampire.

The trailer shows Morbius (Leto), a gifted scientist, attempting to cure his rare and lifelong blood disease. The character is shown visiting a mysterious location, where Morbius and his team are besieged by bats.

Morbius' efforts instead infect him with a strain of vampirism that gives him superhuman abilities.

"Increased strength and speed, the ability to use echolocation, and an overpowering urge to consume blood," Morbius notes.

The trailer ends with a surprise appearance from Michael Keaton, who played Adrian Toomes, aka Vulture, in Spider-Man: Homecoming (2017).

Morbius is based on the Marvel Comics character of the same name. The film is directed by Michael Espinosa and co-stars Adria Arjona, Matt Smith, Jared Harris and Tyrese Gibson.

Leto described Morbius as a "pretty complex character" in an interview with IGN published Monday.

"This is someone who has a lot of conflict in his life," the actor said of Morbius. "He's a guy who's born with this horrible disease and is really a gifted person."

"Here's someone who's been afflicted with this horrendous disease and has had all kinds of challenges and has been in pursuit of this cure. And then all of a sudden has this power and this physical strength, which is all incredible, but there is a flip side to it, as well. There's a dark side," he added. "So that battle between the light and dark is something that he fights throughout the film." 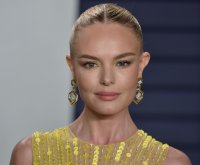 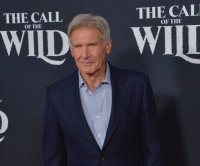