The AAFCA consists of the world's largest group of black film critics. The awards will be presented on Jan. 22 at the Taglyan Complex in Hollywood.

The AFFCA's top ten films of the year in order are Us, Dolemite Is My Name, Just Mercy, Clemency, The Irishman, Queen & Slim, Waves, Parasite tied in eighth place with Atlantics, The Farewell and Harriet. 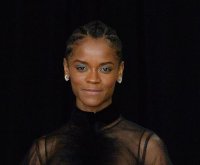