Pom Klementieff has signed on to star in a pair of "Mission: Impossible" sequels. File Photo by Jim Ruymen/UPI | License Photo

Director Christopher McQuarrie, who is helming the seventh and eighth installments, made the announcement on Instagram Tuesday alongside an image of a photograph featuring Klementieff.

"How do you say femme fatale in French? #MI78," the filmmaker said.

@pom.klementieff, how do you say femme fatale in French? #MI78

A post shared by Christopher McQuarrie (@christophermcquarrie) on Nov 19, 2019 at 9:29am PST

The actress responded by reposting the image. "Mischief: Accepted #MI78," she said.

McQuarrie, who is penning both projects, will be filming the new entries back-to-back. Paramount has dated the seventh film for July 23, 2021 with the eighth film arriving on Aug. 5, 2022.

Klementieff is best known for starring as Mantis in the first two Guardians of the Galaxy films and reprised the role in Marvel's Avengers: Infinity War and Avengers: Endgame. She will next be seen in Uncut Gems.

Movies // 20 hours ago
'The Half of It' trailer: Netflix tells LGBTQ love story in new film
April 9 (UPI) -- "The Half of It," a teen drama written and directed by Alice Wu and starring Leah Lewis, will premiere May 1 on Netflix. 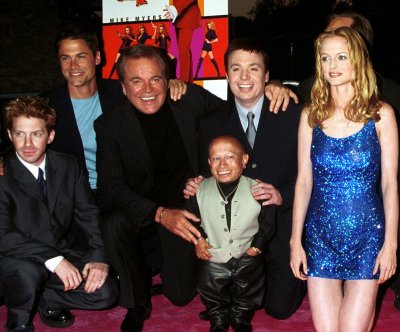 Movies // 1 day ago
What to binge: Comedy classics streaming in April
April 9 (UPI) -- For anyone who needs a good laugh while confined to self-isolation, many of the greatest comedy movies of all time are streaming or available to rent or buy.