The date for the comic-book adaptation was announced Saturday at Disney's D23 Expo in Anaheim, Calif.

Ryan Coogler has returned to direct the sequel to his 2018, Oscar-nominated blockbuster, Black Panther.

Movies // 8 hours ago
Franka Potente wants 'Home' to reflect 'brutality vs. tenderness'
LOS ANGELES, Dec. 3 (UPI) -- Franka Potente, who made her feature film directorial debut with "Home," in theaters and video-on-demand Friday, said she was inspired by the beauty and brutality that can exist within the same person. 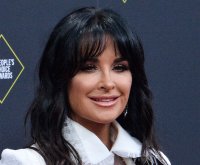