Lopez stars as Ramona, a savvy stripper who teaches Destiny (Wu) to pole dance and other aspects of the job. Cardi B, Lili Reinhart, Keke Palmer and Lizzo also play strippers at the club.

The preview shows Ramona organize the women to exploit and con the club's Wall Street-type clients.

"These Wall Street guys. You see what they did to this country? They stole from everybody. Hard working people lost everything," Ramona says. "The game is rigged and it does not reward people who play by the rules."

Hustlers is based on the New York magazine article "The Hustlers at Scores." The movie is written and directed by Lorene Scafaria (Nick & Norah's Infinite Playlist, Seeking a Friend for the End of the World), with Lopez as an executive producer. 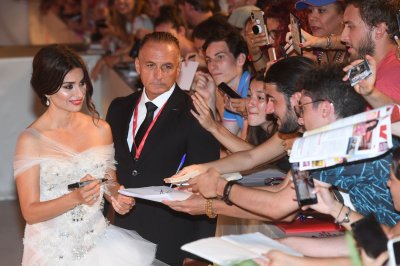