Netflix announced Tuesday Carpenter, 20, and Koshy, 23, have joined the cast of the upcoming movie. Carpenter will also serve as an executive producer.

Carpenter plays Quinn Ackerman, a high school student vying for admission to the college of her dreams. She forms a ragtag team of dancers in the hope of impressing the school at a dance competition.

Work It is written by Alison Peck and directed by Laura Terruso, with choreography from Aakomon Jones. Production begins this week in Toronto, Canada.

Carpenter, Koshy and their co-stars showed their moves in a promo for the movie released Tuesday.

"If you love movies about a group of strangers that form a dance crew to achieve a shared dream, then you'll flip over #WorkItMovie," the caption reads. "Now in production!"

Carpenter is known for playing Maya Hart on the Disney Channel series Girl Meets World. Koshy is a YouTube star who portrayed Violet Adams on the Hulu series Freakish.

Movies // 5 hours ago
'He's All That' trailer: Addison Rae falls for classmate after makeover
Aug. 5 (UPI) -- "He's All That," a gender-swapped remake of "She's All That" starring Addison Rae and Tanner Buchanan, is coming to Netflix. 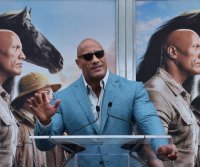 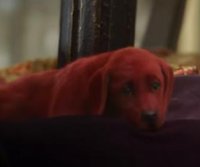