Dave Bautista has been tapped to star in a reboot of "Dune." File Photo by Chris Chew/UPI | License Photo

Bautista's role in the film is being kept under wraps. He joins a cast that includes Timothee Chalamet in the lead role and Rebecca Ferguson.

Dune, based on Frank Herbert's series of novels, is being written by Villeneuve, Eric Roth and Jon Spaihts. Studio Legendary acquired the film and television rights for Dune in a deal with Herbert's estate in 2016.

The story, set in the future, takes place on the desert planet Arrakis where competing nobel families fight over a valuable resource.

A Dune film from director David Lynch was orginally released in 1984.

Bautista on 'Guardians' without Gunn: 'Not what I signed up for' Smackdown 1000: Batista has tense reunion with Triple H Dave Bautista stars in second 'Blade Runner 2049' prequel short 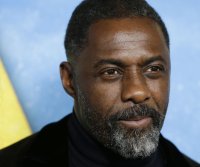