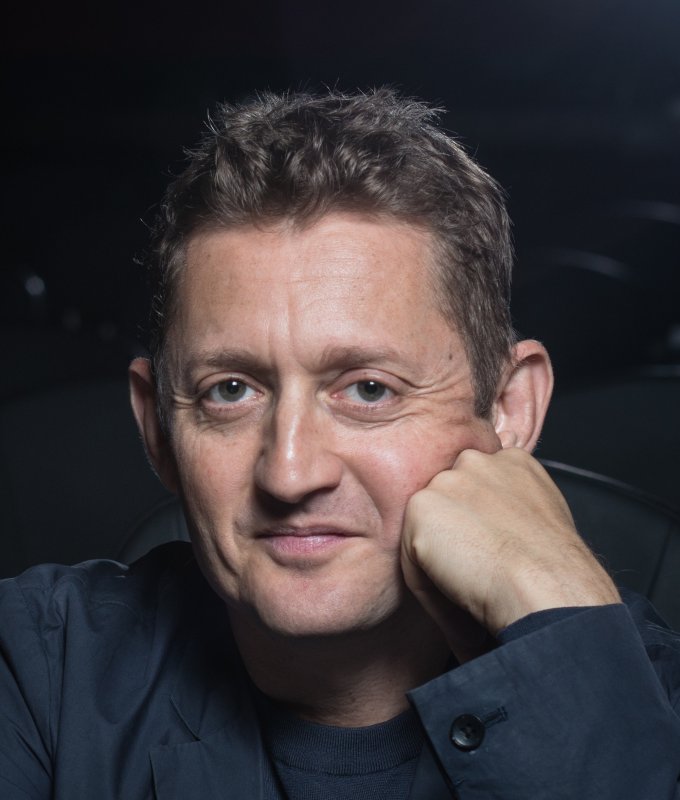 "The Panama Papers," a documentary by Alex Winter, is to debut Monday on EPIX. Winter is pictured here with screenwriter Ramsey Naito at the 2018 Oscars in Los Angeles in March. File Photo by Jim Ruymen/UPI | License Photo

Nov. 23 (UPI) -- Alex Winter said he was inspired to make the documentary The Panama Papers after watching the global financial scandal unfold in real time.

"The magnitude was really evident to me -- both the outer story of the revelations about the system and corruption and how it worked," the 53-year-old actor and filmmaker told UPI in a recent phone interview.

"But, then, just 400 journalists working in secret together seemed completely staggering to me. I had never heard of a coordinated effort on that scale before."

Three years ago, an anonymous source leaked to a journalist at the German newspaper Süddeutsche Zeitung millions of documents containing privileged attorney-client information pertaining to offshore accounts that helped some of the wealthiest people in the world -- including public officials -- avoid paying the taxes that could vastly improve the lives of their neighbors.

The document dump of confidential material from the Panamanian law firm Mossack Fonseca was so enormous, hundreds of members of the International Consortium of Investigative Journalists were enlisted to sift through the pages and write about what was most important to their readers.

An in-depth understanding of "how the mechanisms of off-shore work" is not what Winter tried to convey with his film, which is making the festival rounds and is set to debut on EPIX Monday.

"This is not just about rich people getting away with not paying taxes," he said.

Given the investigations, arrests and resignations the data leak ultimately sparked, Winter said he was disappointed the matter didn't stay in the media headlines longer than it did.

"I really wanted to understand what it was about the story that didn't stick and (see) maybe if a documentary could distill this for people and reach another layer of people and really let them know how much these issues impact them, specifically," he said.

He acknowledged the 24-hour news cycle and constant information blitz for at least part of why the complicated Panama Papers story might have faded into the background.

The election of businessman Donald Trump as President of the United States also did not help, he said.

"I think there was a general desire by very powerful interests -- many of whom control news organizations and other forms of media -- to let this thing go quietly away," he said.

Reprising his role of a time-traveling slacker in the third Bill & Ted movie will soon be a welcome break after years of making powerful, socially relevant documentaries such as The Panama Papers, Trust Machine, Relatively Free and Trump's Lobby.

"I can't tell you how much I am looking forward to not having this part of my brain work for a beat," Winter said, referring to the meticulous research he does for the non-fiction projects he helms.

"Physical comedy was how I was trained, primarily, and it's something I really enjoy doing. It comes fairly easily to me, at this point," he said, adding that he and his co-star Keanu Reeves have a "fraternal relationship" that was easy to pick back up years after they last collaborated together.

"It's a cautionary tale," Reeves explained. "Bill and Ted were supposed to save the world, but when we see them, they are, like, older and they haven't saved the world. Their children are grown up and the wives are kind of like, 'What is going on?' Bill and Ted are playing to nobody and they are still trying to write the song to save the world and it's just weighing on them."

Franchise creators Chris Matheson and Ed Solomon announced in May that they had written the script for Bill & Ted Face the Music, with Winter and Reeves returning and Dean Parisot on-board to direct.

Researching and directing fact-based films about issues he cares about, then acting in the occasional, irresistible project, is precisely where Winter wants to be careerwise.

"I am really in a happy place," said The Lost Boys alum. "I would make docs forever around the other things that I do. They are, in a way, for me, the anchor of everything. I love to act, but I prefer making films to acting professionally.

"But that doesn't mean I won't act again down the road."