Jason Derulo is set to star in the upcoming film adaptation of "Cats." File Photo by Sven Hoogerhuis/UPI | License Photo

Derulo will be featured in the film as Rum Tum Tugger, a rebellious cat who is never satisfied.

Derulo confirmed his casting on Twitter Tuesday. "It's official! Your boys a workin actor," he said.

Cats is an adaptation of Andrew Lloyd Webber's stage musical that is based on T.S. Eliot's Old Possum's Book of Practical Cats.

Tom Hooper (The King's Speech) is directing the film with production set to begin in December.

Derulo is best known for hit songs "Whatcha Say," "Talk Dirty," "Want to Want Me" and "Ridin Solo," among others. His track "Colors" was used as the anthem for the 2018 FIFA World Cup. 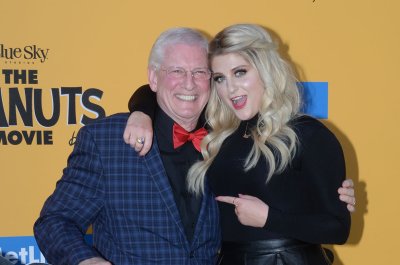