Newt and Dumbledore and seen with their wands drawn as they confront Grindelwald in front of the Eiffel Tower. Grindelwald also has his wand out with his back turned.

"Who will change the future?" the caption reads.

Fantastic Beasts: The Crimes of Grindelwald, from director David Yates with a script by Wizarding World creator J.K. Rowling, is set to arrive in theaters on Nov. 16.

The new poster follows the recent release of the film's second trailer which featured Grindelwald setting his dark plan into motion as he threatens to destroy the peace between the wizarding and non-wizarding worlds.

Who will change the future? #FantasticBeasts: The Crimes of Grindelwald arrives in cinemas November 16. pic.twitter.com/Z4g3uOmPgl 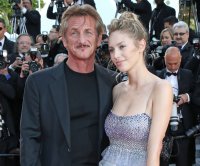