"Arthur," Phillips captioned the image of Phoenix, who stares at the camera -- unsmiling and without the titular villain's signature clown makeup.

Phoenix, 43, has unkempt, collar-length hair and is wearing a rumpled, button-down shirt and jacket in the picture.

Phoenix's previous films include To Die For, Gladiator, Quills, Her and Walk the Line. Phillips is known for helming The Hangover comedy trilogy.

The dark-toned movie is to take place outside of the existing DC extended film universe and is intended to help launch a new DC Comics banner that will allow the movie studio to tell unique comic-book stories using different actors in the title roles.

The Joker was last portrayed by Jared Leto in Suicide Squad. He is expected to reprise the role in a Suicide Squad sequel and in a standalone film he is executive producing.

Before that, the character was played by Jack Nicholson and the late Heath Ledger. Mark Hamill has voiced the character in several animated projects. 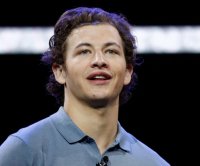 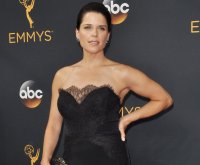 Movies // 6 days ago
Ghostface returns in new poster for 'Scream'
Oct. 11 (UPI) -- Ghostface is ready to scare audiences once again in the new poster for "Scream," which was previously titled "Scream 5."

Movies // 6 days ago
Timothee Chalamet shares first image of him as Willy Wonka
Oct. 10 (UPI) -- Actor Timothee Chalamet offered a glimpse of how he will look in the upcoming fantasy movie, "Wonka." 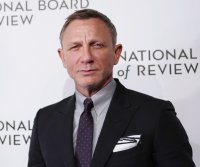