Boyega takes over for Elba's hero in 'Pacific Rim Uprising' 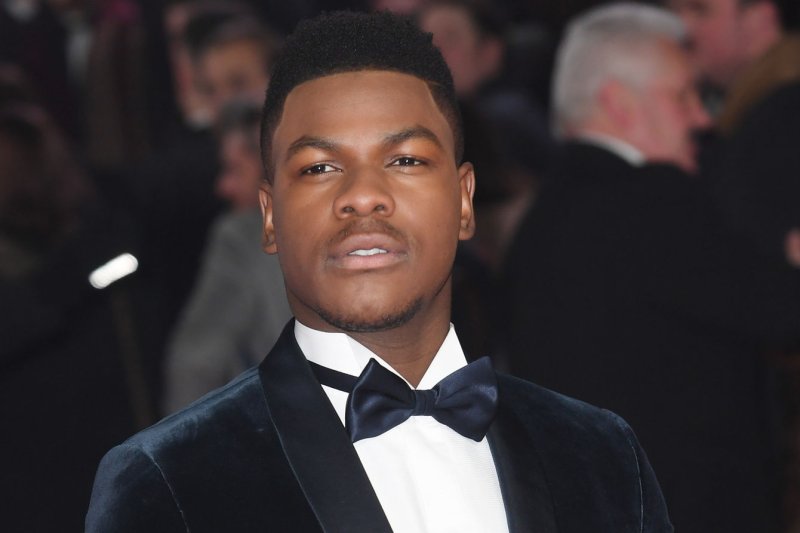 "The vision of this movie was not to re-write what [writer-director] Guillermo del Toro did, but to build upon it, to expand this universe. We have an opportunity -- with it being based 10 years in the future -- to expand on where the humans are at right now," Boyega, who is also a producer on Uprising, said recently during a cast panel discussion at New York Comic Con.

"I loved the first movie and one of the biggest reasons was because of Idris Elba and I'm going to play his son," the 25-year-old, British actor said. "Filling in those shoes is definitely a responsibility, but we all work as a unit and Jake doesn't exist without the other characters. This is also a great ensemble piece."

"It's fun, it's action. I believe it's everything you want Pacific Rim to be moving forward," he added.

Asked if Jake is trying to live up to his father's legacy and be a leader for the next generation, Boyega laughed and said: "No. The greatest heroes don't accept their legendary status."

He further described his character as a "stealer" and a "hustler" before he gets drawn into a campaign to save the world, following in his late dad's footsteps.

Given his involvement in two high-profile, film franchises, Boyega was grilled about the rewards of being a "sci-fi icon."

"I don't feel like a sci-fi icon. Yet," the Detroit and The Circle actor replied as the crowd cheered.

DeKnight -- a filmmaker whose credits include the TV dramas Buffy the Vampire Slayer, Spartacus and Daredevil -- said he did his best to infuse what fans loved about the first Pacific Rim into a fresh story here. He also hinted that if the sequel is well-received, it could lead to more big-screen epics.

"Guillermo set the table and it was a fantastic, visual feast and we wanted to make sure we honored what he created and also expanded the universe and this is, hopefully, the first step in a bigger Pacific Rim franchise," DeKnight said.

"There are references to the first movie and what happened in the first movie as our people try to understand why the Kaiju attacked, why the aliens sent the Kaiju. We really wanted to honor the first movie, while pushing things forward and going 10 years in the future gave us the kind of room to do that," he added.

Spaeny said going into Uprising was "super-intimidating," largely because it has such a passionate fan-base she doesn't want to disappoint.

"There is a whole tech vocabulary that I wanted to make sure I knew what was going on, but everyone was prepared every time I had a question about that," the 20-year-old actress confided.

"We were in the trenches together because it was her first movie and my first movie," DeKnight chimed in.

"There were times when I would just look at Steven on set and we'd be like, 'What's going on?' I'd go, 'Steven, I've never done this before.' He's like, 'Me neither,'" she recalled.

Boyega assured the audience it was everyone's goal to see "real fans are pleased, but also the new fans are up to speed with what's going on."

Del Toro, who served as a producer on Uprising, won an Oscar this month for helming The Shape of Water. Among his other movies are Pan's Labyrinth and Hellboy.