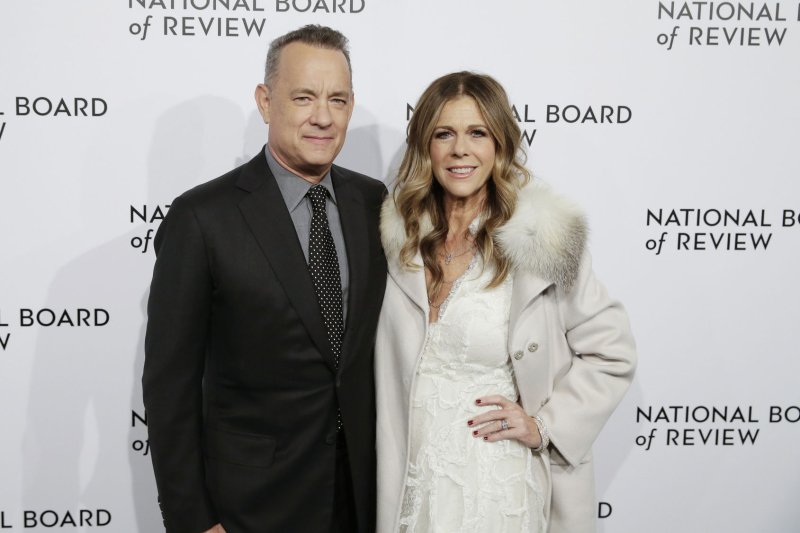 Tom Hanks and Rita Wilson arrive on the red carpet at the National Board of Review Annual Awards in New York City on January 9. Hanks is in Baton Rouge working on a new movie called "Greyhound," Sony said Friday. File Photo by John Angelillo/UPI | License Photo

"All of us at Sony are thrilled to join Playtone and FilmNation aboard the Greyhound. Tom Hanks has crafted a unique and compelling look at life aboard a destroyer in the early, uncertain days of WWII and we look forward to helping bring this story to the world," Sony Pictures' Steve Bersch said in a statement Friday.

Rob Morgan, Elisabeth Shue and Stephen Graham will co-star in the big-screen adaptation of C.S. Forester's novel The Good Shepherd. Aaron Schneider is directing the picture.

"In the early days of WWII, an international convoy of 37 Allied ships, led by captain Ernest Krause in his first command of a U.S. destroyer, crosses the treacherous North Atlantic while hotly pursued by wolf packs of Nazi U-boats," a news release said.

Hanks, 61, is a two-time Oscar winner who recently starred in The Post. His other credits include Sully, Saving Mr. Banks, Captain Phillips, The Green Mile, Saving Private Ryan, Apollo 13, Forrest Gump, Sleepless in Seattle, Philadelphia, A League of Their Own and Big.