The 45-year-old actress stunned next to Caleeb, a 37-year-old actor who co-starred with Smith on the TNT series Hawthorne, at the Los Angeles premiere of her movie Girls Trip.

Smith turned heads in a golden satin gown with matching pants underneath. She told Variety the "raunchiness" of Girls Trip was something that attracted her to the new comedy.

"That was one of the things that I really loved," the star said. "Giving ourselves the license to let go in that way, I think that it's sometimes difficult because there is a certain standard that we have to hold that does not allow us to be our complete selves considering our history [in this country]."

"To be able to show these women who are intelligent, full of heart, and who are responsible but take a weekend to cut loose, is a beautiful thing," she added. "A movie through our lens and our culture, it still has universal themes."

Girls Trip stars Smith, Regina Hall, Tiffany Haddish and Queen Latifah as four friends who have a wild vacation in New Orleans. Smith told Entertainment Tonight the movie was too raunchy to bring her 16-year-old daughter, singer Willow Smith, to the premiere.

"Willow is too young," she said. "Now, she can see this with her friends. But, I was like, I don't want to sit with her through the grapefruit scene. No, not that part."

"She was like, 'Mom, I want to go see this,'" the actress confessed. "Not tonight. Not tonight. I was like, 'You better go to the movies and sneak in like you supposed to. This is so sneaking movie stuff for your age.'"

Smith shares Willow and 19-year-old Jaden with her husband, actor Will Smith. Girls Trip is directed by The Best Man and Barbershop: The Next Cut helmer Malcolm D. Lee, and opens in theaters July 21. 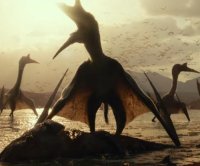