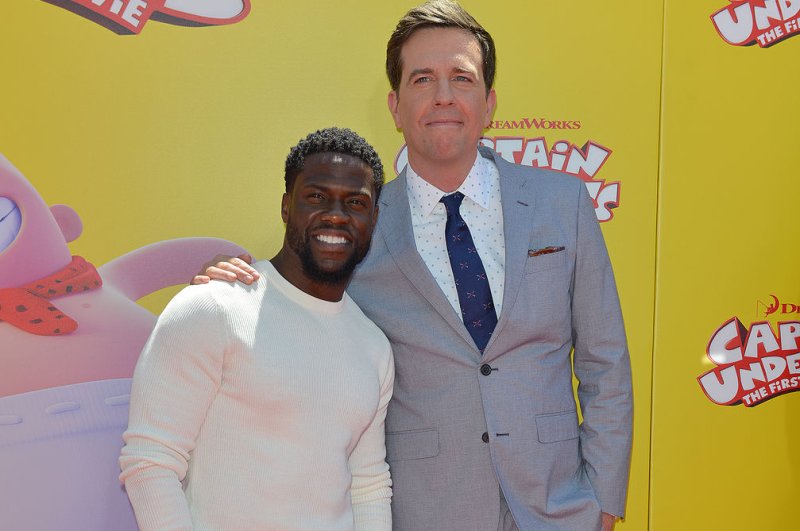 Kevin Hart (L) and Ed Helms arrive for the premiere of "Captain Underpants: The First Epic Movie" in Los Angeles on May 21. Helms is now working on the comedy "Tag." File Photo by Christine Chew/UPI | License Photo

Cast member Hannibal Buress attends the premiere of "Baywatch" in Lummus Park in Miami Beach May 13. Burress is now among the cast for the upcoming 2018 film "Tag." File Photo by Gary I Rothstein/UPI | License Photo

Jake Johnson will star alongside Ed Helms, Hannibal Buress and others in the 2018 film "Tag." File Photo by Laura Cavanaugh/UPI | License Photo

Directed by Jeff Tomsic, the movie was inspired by the Wall Street Journal article, "It Takes Planning, Caution to Avoid Being It."

"For one month every year, five highly competitive friends hit the ground running in a no-holds-barred game of tag they've been playing since the first grade -- risking their necks, their jobs and their relationships to take each other down with the battle cry, 'You're It!' This year, the game coincides with the wedding of their only undefeated player, which should finally make him an easy target. But he knows they're coming ... and he's ready," a studio synopsis explained.