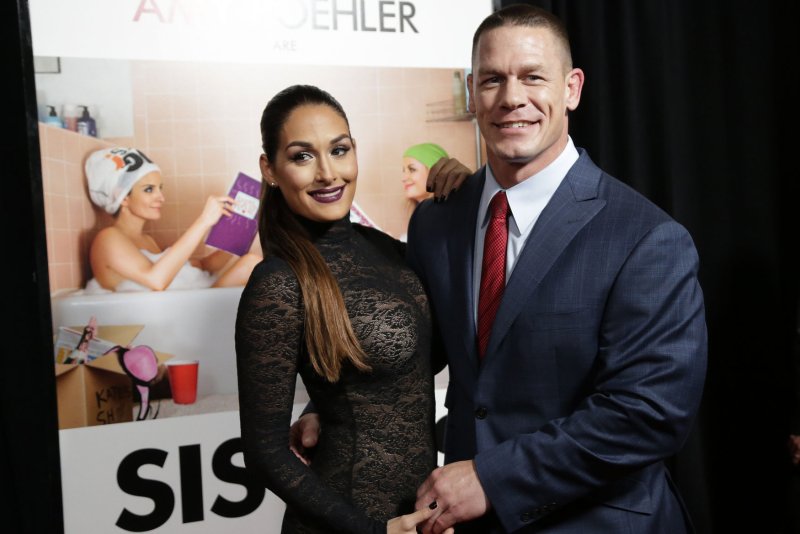 John Cena and Nikki Bella arrive on the red carpet for the New York premiere of "Sisters" on December 8, 2015. Cena voices a bull searching for his way home in the first trailer for "Ferdinand." File Photo by John Angelillo/UPI | License Photo

The clip, released Tuesday, introduces Ferdinand and shows how he differs from most bulls despite his big and scary appearance.

Based on the classic children's tale of the same name from author Munro Leaf, Ferdinand tells the story of how its hero is able to make it back home after being captured.

"After being mistaken for a dangerous beast, he is captured and torn from his home," reads the synopsis. "Determined to return to his family, he rallies a misfit team on the ultimate adventure. Set in Spain, Ferdinand proves you can't judge a bull by its cover."

John Cena talks WrestleMania, childhood on 'Tonight Show' Kurt Angle says John Cena is 'the greatest WWE Superstar of all time' John Cena, Aaron Taylor-Johnson are pinned down by a sniper in new trailer for 'The Wall'