The Producers Guild of America is to honor Irwin Winkler in January. He is seen here at the premiere of "The "Five-Year Engagement" in New York on April 18, 2012. File Photo by Laura Cavanaugh/UPI | License Photo

The prize recognizes Winkler's outstanding body of work in motion pictures. It is to be presented to Winkler at the 28th annual Producers Guild Awards ceremony on Jan. 28 at the Beverly Hilton hotel in Los Angeles.

Among the famed, 85-year-old producer's credits are Raging Bull, the Rocky franchise, Goodfellas, They Shoot Horses, Don't They? and the upcoming Silence.

"Irwin Winkler's movies have come to define Hollywood storytelling, and the gallery of iconic characters and classic scenes from his work remains a touchstone for all motion picture producers. It's an honor to give Irwin this award this season, as he continues to release some of the most vital work of his storied career," PGA Awards Chairs Donald De Line and Amy Pascal said in a joint statement Tuesday.

"I am honored to receive what is truly the trifecta of recognition: from the legacy of David O. Selznick, from the institution of the Producers Guild of America, and from my esteemed colleagues. It is both a humbling and inspiring experience to be included alongside this list of our most accomplished filmmakers of today," Winkler said. 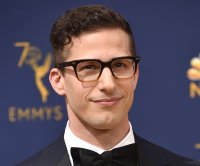 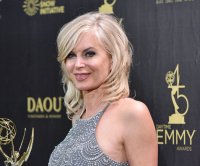