Netflix picks up Cannes favorite 'Divines' to stream outside of France 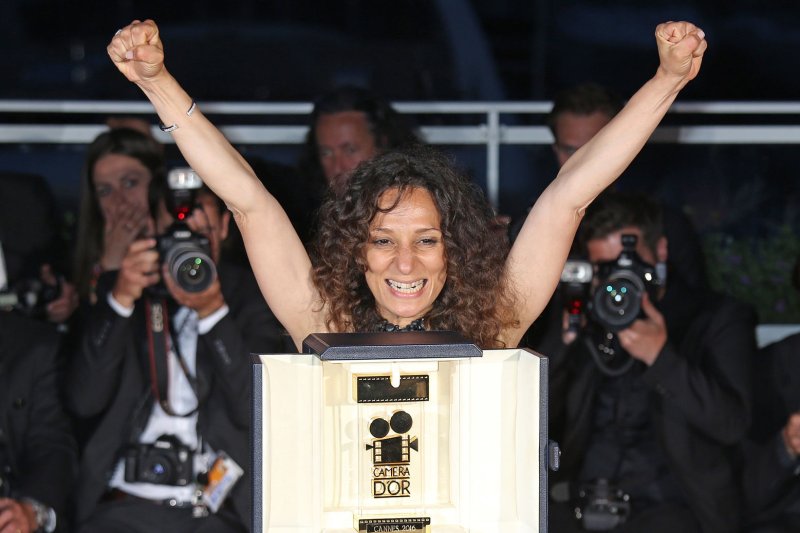 Houda Benyamina arrives at the award photo call after receiving the Camera d'Or prize for the film "Divines" during the 69th annual Cannes International Film Festival on May 22, 2016. Photo by David Silpa/UPI | License Photo

Houda Benyamina shows her award at the photo call after receiving the Camera d'Or prize for the film "Divines" during the 69th annual Cannes International Film Festival on May 22, 2016. Photo by David Silpa/UPI | License Photo

AMSTERDAM, Netherlands, June 7 (UPI) -- Netflix says it will begin streaming Divines, a hit from this year's Cannes Film Festival, for subscribers outside of France later this year.

Houda Benyamina's directorial debut follows "Dounia, a tough, but naive teenager who sees getting rich or dying trying as her most viable option," a synopsis said. "Set in a ghetto near Paris where drugs and religion reign supreme, Dounia is hungry for her share of power and success. Enlisting the help of her best friend she decides to follow the footsteps of a respected dealer. When Dounia meets a young sensuous dancer, her life takes a surprising turn."

"We saw Divines before it was award-winning, praised by critics and received a standing ovation at Cannes. We immediately recognized it as an extraordinary film and acquired it early on," Ted Sarandos, chief content officer at Netflix, said in a statement. "We're passionate about bringing our members great films from around the world and thrilled to bring Benyamina's debut film to our members."

"Emotions bring people together and are a reflection of society. Thanks to Netflix, Divines will cross borders and the world will be able to enjoy this universal story of love and friendship," added Benyamina. "I am very happy with the collaboration with Netflix."