Nick Jonas strips down in 'Careful What You Wish For' trailer

The preview features plenty of shirtless scenes of the former Jonas Brothers singer.

Nick Jonas at the Billboard Music Awards on Sunday. The actor plays Doug Martin in "Careful What You Wish For." File Photo by Jim Ruymen/UPI | License Photo

Isabel Lucas at the Los Angeles premiere of "Love & Friendship" on May 5. File Photo by Jim Ruymen/UPI | License Photo

Dermot Mulroney (R) and Augustus Prew at the CBS upfront on May 18. File Photo by John Angelillo/UPI | License Photo

LOS ANGELES, May 27 (UPI) -- Nick Jonas strips down in a trailer for new thriller Careful What You Wish For.

Careful What You Wish For is directed by Elizabeth Allen Rosenbaum, who directed Emma Roberts in Aquamarine. The movie opens in theaters June 10 and co-stars Paul Sorvino, Kandyse McClure and Graham Rogers.

"[It's a] really intense, sort of sexy thriller with a lot of twists and turns," Jonas previously told MTV News. "It's a good film and a really interesting story."

"It's a great acting role. It's something I can really dive into and sort of lose myself in and become this person for a little while," he elaborated. "And I think it'll be a movie that keeps people on the edge of their seats and makes them uncomfortable and excited."

Jonas came to fame with his siblings as the pop group Jonas Brothers and has since appeared on the TV series Kingdom and Scream Queens. The actor denied dating rumors Friday following fresh reports he's seeing actress Lily Collins. 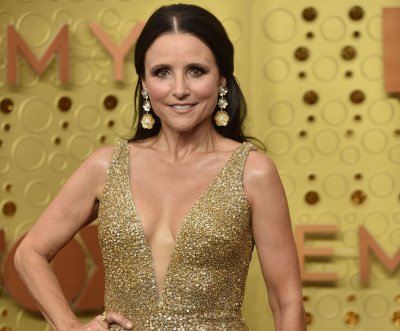