"This is a film where emotions cascade as the story unfolds with twists and turns that create unrelenting drama and thrills," says producer Andrea Iervolino.

The movie is based on the French film Papillon Noir written by Hervé Korian. Justin Stanley and Steve Hilts are penning the screenplay for the re-make.

"Paul, a down-on-his-luck screenwriter, picks up a drifter and offers him a place to stay," a synopsis said. "However, when the deranged stranger takes Paul hostage and forces him to write, their unhinged relationship brings buried secrets to light."

Principal photography is slated to begin next month in Italy, the producers announced Thursday.

"This is a film where emotions cascade as the story unfolds with twists and turns that create unrelenting drama and thrills," Iervolino said in a statement. "To pull it off, you need an actor with real gravitas and proven connectivity with audiences, so we feel fortunate to have Antonio step into this incredible role and do what he does best -- own a role and deliver amazing performances."

"We are thrilled to be producing a film with such amazing talent on both sides of the camera. Antonio is a powerful force on screen and has a role here that will tap into his amazing versatility as an actor. On the other side of the camera, we couldn't be happier to put this film in the hands of Brian, whose vision and passion for this project is tremendously inspiring," Bacardi added.

James Cameron says there will be four more 'Avatar' movies 'Jungle Book' director Jon Favreau: 'It's time to update the story for our generation' Ben Affleck confirmed to star in stand-alone Batman movie Daniel Radcliffe will return to the New York stage in 'Privacy' 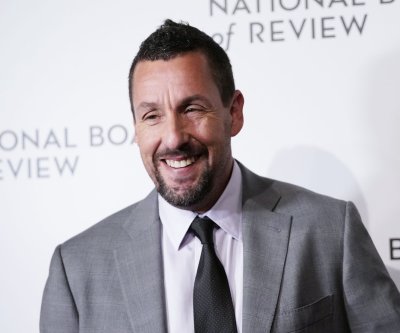