'Spotlight,' 'Beasts of No Nation,' 'Room' win big at the Independent Spirit Awards

The drama also scored the honors for Best Director for Tom McCarthy, Best Screenplay and Best Editing, as well as the Robert Altman Award, which was shared by the director, casting director and cast.

Beasts of No Nation stars Abraham Attah and Idris Elba picked up the statuettes for Best Actor and Best Supporting Actor, while Room won the accolades for Best Actress for Brie Larson and Best First Screenplay for Emma Donoghue.

Mya Taylor went home with the award for Best Supporting Actress for her work in Tangerine and The Look of Silence was deemed Best Documentary.

Son of Saul was voted Best International Film and The Diary of a Teenage Girl was declared Best First Feature. 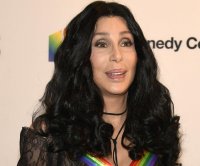