"I become better, sharper, every time I touch him," the actress' poster reads. 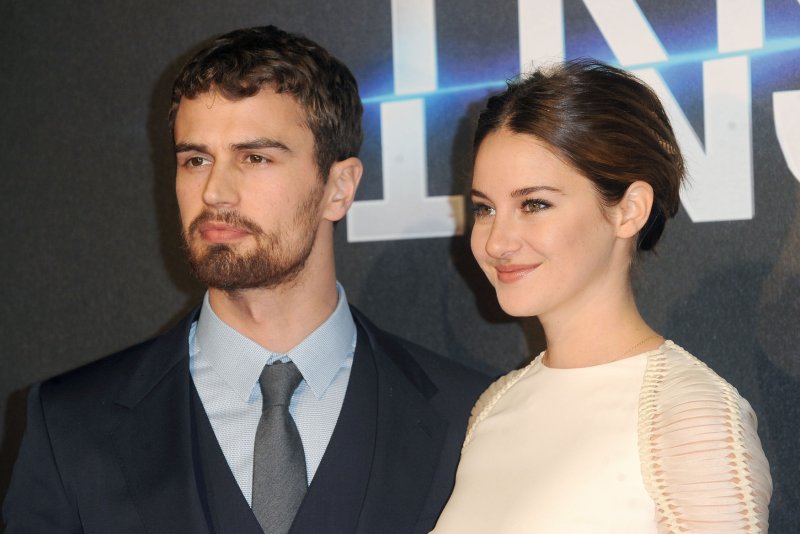 "I become better, sharper, every time I touch him," Tris' poster reads, while Four's declares, "The person you became with her is worth being."

Woodley and James first played the characters in the 2014 movie Divergent, which sees Tris and Four become love interests. The pair returned in the sequel Insurgent this year, with Allegiant scheduled to open in theaters Mar. 18, 2016.

Allegiant is based on the final book in the Veronica Roth trilogy, and will see Tris and Four venture beyond the walls of post-apocalyptic Chicago. The film co-stars Miles Teller as Peter Hayes, Ansel Elgort as Caleb Prior and Octavia Spencer as Johanna Reyes.

"I was stoked," Woodley told Entertainment Weekly of Allegiant's ending in January. "I thought it was a very powerful, profound decision on [Roth's] part. And I really love that she had the courage and the bravery to do that." 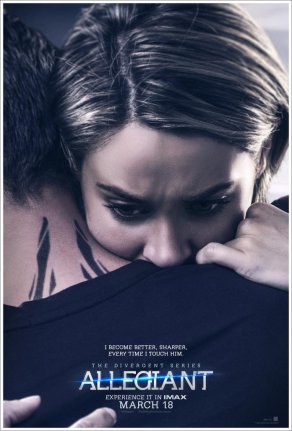 The first two Divergent films earned a combined $586 million at the box office. Allegiant is being split into two movies, with the second installment, The Divergent Series: Ascendant, scheduled for release June 9, 2017.