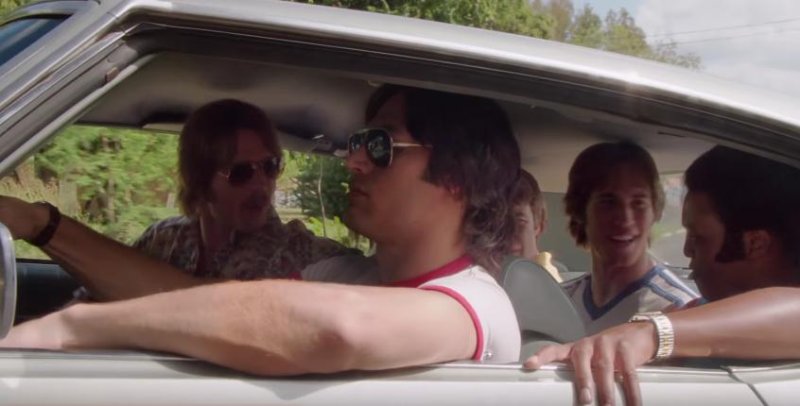 The new cast of high school slackers in director Richard Linklater's next coming-of-age comedy "Everybody Wants Some." The film is being dubbed the spiritual successor to "Dazed and Confused." Photo courtesy of Paramount Pictures/YouTube

Director Richard Linklater at the 67th annual Directors Guild of America Awards on February 7, 2015. Paramount Pictures has released the first trailer for the acclaimed director's next film, "Everybody Wants Some." File Photo by Jim Ruymen/UPI | License Photo

The footage released exclusively on Yahoo Movies Tuesday, features a group of college slackers in 1980 as they party, smoke weed and hookup with girls on their way to adulthood.

"Set in the world of 1980s college life, Everybody Wants Some is a comedy, directed and written by Richard Linklater, that follows a group of college baseball players as they navigate their way through the freedoms and responsibilities of unsupervised adulthood. Get ready for the best weekend ever," read's the film's official synopsis. {i: Everybody Wants Some} is being dubbed Linklater's spiritual successor to his other fan-favorite comedy, Dazed and Confused about a similar group of young people on the verge of adulthood set in the 1970s.

The soundtrack, the filmmaker shared, will include 40 songs from 1979 to 1980 from artists such as Aerosmith, Cars, Donna Summer and Van Halen just to name a few. "I'm reclaiming songs like 'Rapper's Delight' and 'My Sharona' — you know, songs from '79 and '80 that people have been making fun of for a while," Linklater said. "I'm back to the original intent of those songs — like what they felt like then. What a revelation 'Rapper's Delight' was back in the day. We weren't making fun of it. It was new."

Everybody Wants Some will debut at SXSW in March before it releases nationwide in April.