The original movie opened in theaters in 2002.

Lainie Kazan at the Los Angeles premiere of "The Guilt Trip" on December 11, 2012. File Photo by Jim Ruymen/UPI | License Photo

The image, which mimics the original movie's poster, sees the 53-year-old actress and John Corbett return as Toula Portokalos and Ian Miller, respectively, and features newcomer Elena Kampouris as the couple's daughter, Paris.

"The #MyBigFatGreekWedding2 poster! Guess who's back for the sequel. Hint...EVERYONE," Vardalos captioned the photo.

Michael Constantine and Lainie Kazan are pictured on the sideline as Toula's parents Gus and Maria Portokalos, along with Andrea Martin as Toula's aunt, Voula, Joe Fatone as Toula's cousin Angelo and Louis Mandylor as Toula's brother Nick, among others.

My Big Fat Greek Wedding 2 is directed by Waking Ned Devine helmer Kirk Jones, and opens in theaters on March 25, 2016. Vardalos, who also wrote the original and sequel, told Entertainment Tonight in April she was thrilled to welcome the cast back in the spring.

"[That's] the most exciting thing for me," she shared. "Even though we've remained friends over the years and gone to dinners together and seen each other, when we had the table read ... it was the first time we were all in the same room with the new director all together and I just cried."

My Big Fat Greek Wedding premiered in 2002 and earned over $368 million at the box office. The sequel will see the Portokalos family come together again for another wedding after Toula's parents discover they were never legally married. 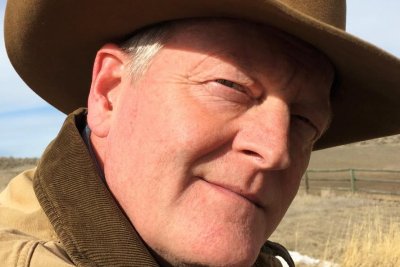