Leonardo DiCaprio to star in 'The Devil in the White City'

The adaptation will mark the actor's sixth collaboration with director Martin Scorsese.

Leonardo DiCaprio (L) and Martin Scorsese at the National Board of Review Awards gala on January 7, 2014. The actor and the director will re-team on an adaptation of 'The Devil in the White City.' File photo by John Angelillo/UPI | License Photo

LOS ANGELES, Aug. 11 (UPI) -- Leonardo DiCaprio will star in an upcoming adaptation of The Devil in the White City.

The 40-year-old actor will portray a fictionalized version of real-life serial killer Dr. H.H. Holmes. The movie is based on the Erik Larson book of the same name, which explores Holmes' crimes during the 1893 World's Fair in Chicago.

Martin Scorsese, who previously directed DiCaprio in Gangs of New York, The Aviator, The Departed, Shutter Island and The Wolf of Wall Street, will helm the film. The actor has been attached to the project since 2010.

The Devil in the White City intertwines the stories of Holmes and World's Fair chief architect Daniel Burnham. Holmes, born Herman Webster Mudgett, killed between 27 and 200 people at his hotel, later dubbed the "Murder Castle," during the World's Fair. 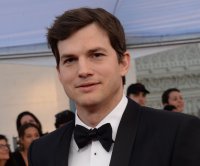