Cody Walker to star with Nicolas Cage in 'USS Indianapolis'

Cody Walker at the Noble Awards on February 27. The actor will star with Nicolas Cage in 'USS Indianapolis: Men of Courage.' File photo by Helga Esteb/Shutterstock

USS Indianapolis: Men of Courage tells the story of a real-life group of Navy sailors whose boat was torpedoed after delivering atomic bomb parts during WWII. Only 317 of the 1196 men on board lived as dehydration, sharks and exposure ravaged the crew in the following days.

Walker will play a sailor who struggles to stay loyal to a chaplain and another shipmate throughout the ordeal. Cage portrays the boat's captain, Charles Butler McVay, with Tom Sizemore, Thomas Jane, Matt Lanter and Brian Presley as co-stars and Mario Van Peebles as director.

USS Indianapolis: Men of Courage is expected to open in theaters over Memorial Day weekend in 2016. Walker is also brother to Caleb, Ashlie and Amie Walker; Paul Walker died in a car crash at age 40 in November 2013. 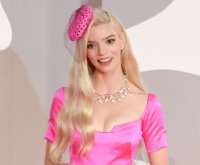